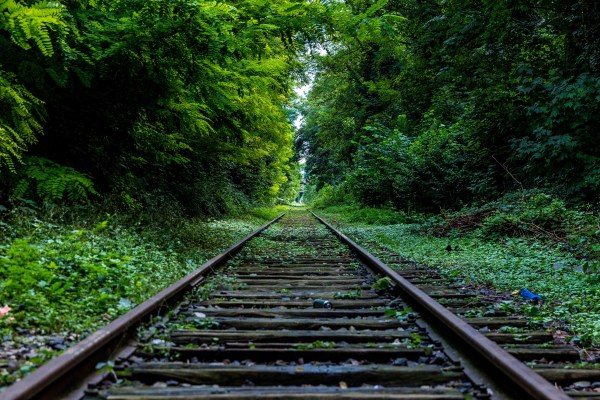 In the late 1800s, a railway engineer named Philbert Maurice d’Ocagne was part of a group of men faced with the task of expanding the French rail system. Before a single rail could be laid, the intended path had to be laid out and the terrain made level. This type of engineering involves a lot of cut and fill calculations, which determine where dirt must be added or removed. The goal of earthwork is to create a gentle grade and to minimize the work needed to create embankments.

In the course of the project, d’Ocagne came up with an elegant, reusable solution to quickly  solve these critical calculations. Most impressively, he did it with little more than a pen, some paper, and a straightedge. By developing and using a method which he called nomography, d’Ocagne was able to perform all the necessary calculations that made the gentle curves and slopes of the French railway possible.