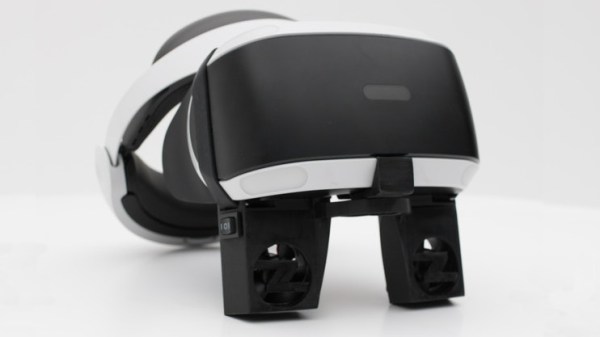 A simple way to integrate physical feedback into a virtual experience is to use a fan to blow air at the user. This idea has been done before, and the fans are usually the easy part. [Paige Pruitt] and [Sean Spielberg] put a twist on things in their (now-canceled) Kickstarter campaign called ZephVR, which featured two small fans mounted onto a VR headset. The bulk of their work was in the software, which watches the audio signal for recognizable “wind” sounds, and uses those to turn on one or both fans in response.

The benefit of using software to trigger fans based on audio cues is that the whole system works independently of everything else, with no need for developers and software to build in support for your project, or to use other middleware. Unfortunately the downside is that the results are only as good as the ability of software to pick the right sounds and act on them. Embedded below is a short video showing a test in action.