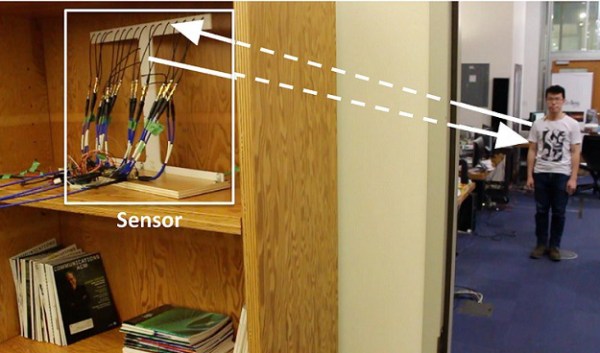 This is some seriously cool stuff. Researchers at MIT recently came up with a device that can “see” through walls. It can actually identify a person (or people) behind a solid object.

They call it RF-Capture and it uses radio waves to identify people. Kind of like some high tech radio-frequency sonar. Using a very complex algorithm it can reconstruct the human figure by analyzing the various reflections of the signals transmitted. It’s so accurate it can even distinguish between different people based on size and posture, and even trace a person’s handwriting in the air.

Sounds like whatever they’re doing, it’s probably blasting a lot of radiation to do it. You’d think so, but no.