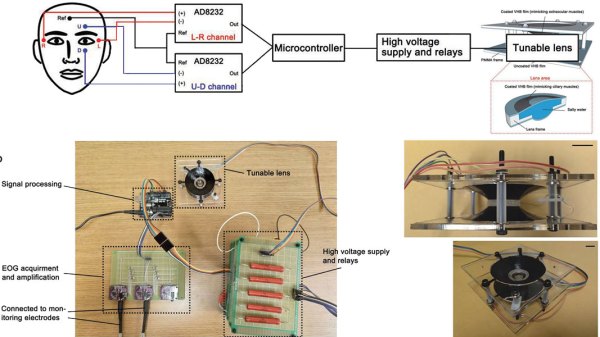 The interface between humans and machines has been a constantly evolving field. Sure the computer mouse was a game-changer, but time moves on. We are now looking at integrating machines via soft HMIs for personal applications. A research team led by the University of California, San Diego has presented a paper interfacing a soft lens with the human eye.

The lens itself is a pair of electroactive elastomer films that encapsulates a small quantity of saltwater. These films constitute the muscle and are controlled by an external source of electrical pulses. The signals are generated when electrodes placed around the eye of a subject and detect movement. Actions such as blinking are converted to a zoom-in-zoom-out activity which is designed to mimic human squinting.

The suggested potential applications are visual prostheses, adjustable glasses, VR, and even soft robots eyes. Yes, we are heading from whirring robots to squishy robots, but that also means that people with disabilities can get a second chance. This approach is non-invasive as opposed to brain implants.

[Thanks for the tip Qes]