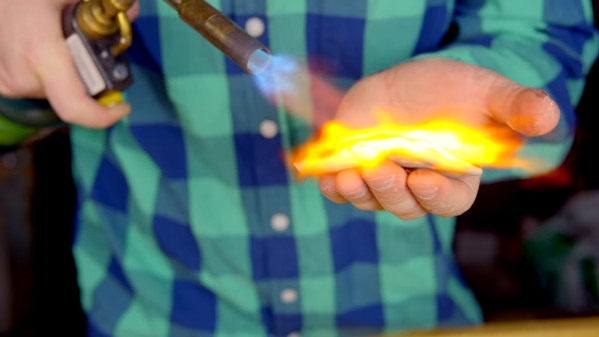 A super-material that’s non-toxic, highly flame resistant, and a good enough insulator, you can literally hold fire in your hand? Our interest was definitely caught by [NightHawkInLight] and his recent video about Starlite, embedded below the break.

Starlite was the brainchild of English hairdresser, [Maurice Ward]. The famous demo was an egg, coated in Starlite, and blasted with a blowtorch for a full 5 minutes. After heating, he cracked the egg to show it still raw. The inventor died in 2011, and apparently the recipe for Starlite died with him.

[NightHawkInLight] realized he had already made something very similar, the Pharoah’s Serpent demonstration, also known as a black snake. In both examples, a carbon foam is produced, providing flame resistance and insulation. A bit of trial and error later, and he’s out doing the original Starlight demo, pointing the blow torch at his hand instead of an egg.