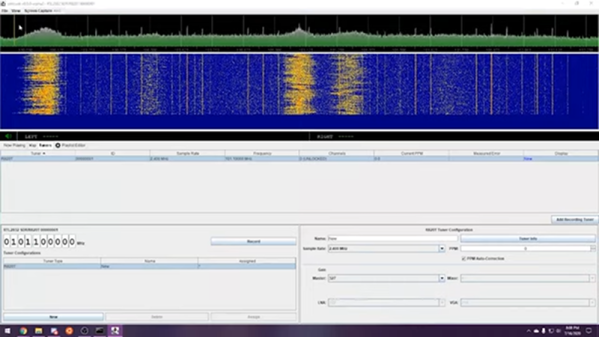 There was a time when it was easy to eavesdrop on police and other service radio networks. Police scanners fans can hear live police, fire, and ambulance calls. However, it isn’t as easy as it used to be because nearly all radios now are trunked. That means conversations might jump from channel to channel. However, P25 can unscramble trunked radio calls intercepted by a cheap SDR dongle and let you listen in. [SignalsEverywhere] shows you how to set it up for Windows or Linux and you can see the video below.

Trunking radio makes sense. In the old days, you might have a dozen channels for different purposes. But most channels would be empty most of the time. With trunking radio, a radio’s computer is set to be in a talk group and a control channel sorts out what channel the talk group should use at any given time. That means that one channel might have several transmissions in a row from different talk groups and one talk group might hop to a new channel on each transmission.