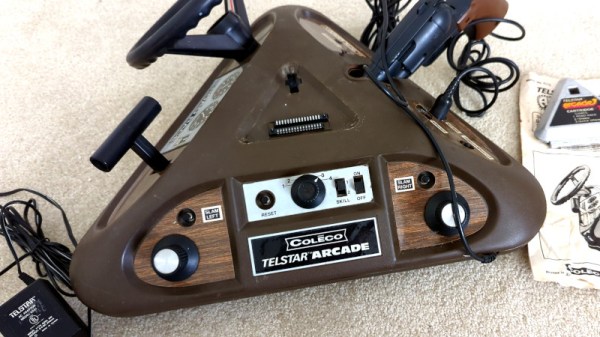 A good chip decapping and reverse engineering is always going to capture our interest, and when it comes from [Ken Shirriff] we know it’s going to be a particularly good one. This time he’s directed his attention to the MOS 7600 all-in-one video game chip (Nitter), a mostly forgotten device from the 6502 chipmaker which we featured a few weeks ago when it was the subject of a blogger’s curiosity. The question then was whether it contained a microprocessor or not and even whether it was another 6502 variant, and the answer revealed in the decapping answers that but will disappoint the 6502 camp.

On the chip is a mixture of analog and digital circuitry, with some elements of a more traditional game chip alongside a ROM, a PLA, and a serial CPU core. The PLA stores pixel data while the ROM stores the CPU code, and the CPU serves to perform calculations necessary to the games themselves. He hasn’t fully reverse-engineered either, but the two areas of the chip are mask-programmed to produce the different games with which the chip could be found.

So the answer to the original question is that there is a CPU on board, but it’s not a 6502 and the operation is a hybrid between dedicated game chip and CPU-controlled chip. What we find interesting is that this serial CPU core might have as we mused in the previous piece made the heart of a usable 1970s microcontroller, was this a missed opportunity on the part of MOS? We’ll never know, but at least another piece of early video game history has been uncovered.