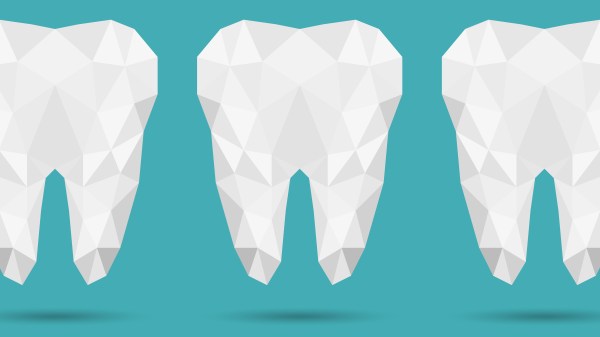 We humans like to think we’re pretty advanced, but we can’t regrow missing teeth in adulthood like sharks, alligators, and crocodiles. Once those pearly whites are gone, they’re gone for good, and we don’t even have a way to regenerate the protective enamel. However, this may not always be the case, because scientists at Kyoto University and University of Fukui in Japan have discovered a monoclonal antibody treatment that triggers tooth regeneration in laboratory mice.

Monoclonal antibodies are lab-fabbed molecules that act as substitute antibodies to enhance the body’s natural defenses against diseases like cancer and arthritis. These antibodies are also used to develop vaccines and treat COVID-19. In the case of cancer, monoclonal antibodies bind to antigens on cancer cells, effectively flagging them for removal, but they also do much more, such as deliver chemo and radioimmunotherapies.

By blocking the gene USAG-1, the scientists saw an increase in Bone Morphogenic Protein (BMP), which is a molecule that dictates the number of teeth a given creature will have in the first place. Because of this increase in BMP, the mice were able to regrow teeth. This proposition was a challenging one — BMP affects other aspects of development, and the early attempts did more harm than good by causing birth defects. The good news is that the treatment also worked in ferrets, whose teeth are much closer to human dentition than mice. Before moving on to human trials, the scientists will test it out on pigs and dogs. If you were given a second shot at a set of teeth, would you treat them better than the first, or even worse because you can just grow new ones again?

Speaking of pigs, it seems that pig-to-human organ transplants are on track for 2021.