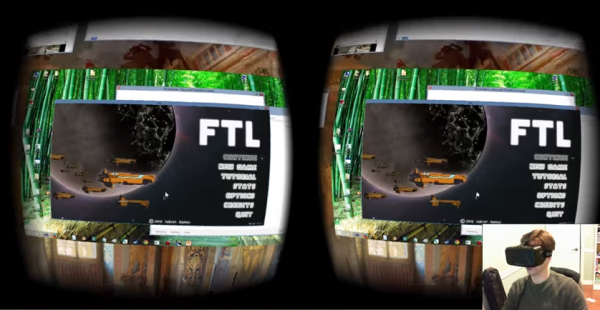 [Jason] has been playing around with the Oculus Rift lately and came up with a pretty cool software demonstration. It’s probably been done before in some way shape or form, but we love the idea anyway and he’s actually released the program so you can play with it too!

It’s basically a 3D Windows Manager, aptly called 3DWM — though he’s thinking of changing the name to something a bit cooler, maybe the WorkSphere or something.

As he shows in the following video demonstration, the software allows you to set up multiple desktops and windows on your virtual sphere created by the Oculus — essentially creating a virtual multi-monitor setup. There’s a few obvious cons to this setup which makes it a bit unpractical at the moment. Like the inability to see your keyboard (though this shouldn’t really be a problem), the inability to see people around you… and of course the hardware and it’s lack of proper resolution. But besides that, it’s still pretty awesome!