[Hubbe] was inspired by QC Co-Lab’s light wall powered by GE Color Effect lights. Having a huge RGB LED display is very cool, but requires building a frame for each of the Christmas light pixels. [Hubbe] had a different idea – just throw the lights on a tree and use a web cam to figure out where each Christmas light is on the display.

The actual build consists of six strings of Color Effect lights. After throwing them on the tree, [Hubbe] set his phone on a tripod to record an image for each individual light. With some computing power, he was able to create a virtual display made of tangled strings of Christmas lights.

You can see a video of [Hubbe]’s work after the break.

END_OF_DOCUMENT_TOKEN_TO_BE_REPLACED 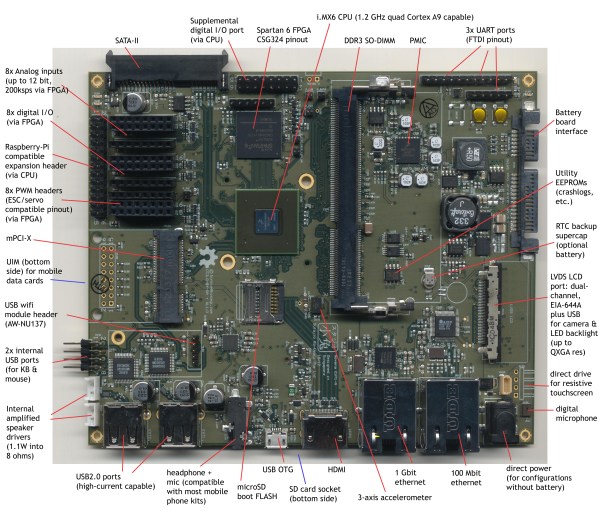 [Bunnie Huang], creator of the Chumby and artisan of chips and electrons, is building his own completely open source laptop. It’s called the Novena, and is powered by a quad-core ARM CPU, it’s got enough bells and whistles to make any hacker happy including an on-board FPGA, dual Ethernet ports, and enough GPIO pins to do some crazy, crazy stuff.

Officially, this laptop is a one-off project made just for [Bunnie]. He’ll be spending the next few months validating all features on the board and making a proper case. [Bunnie] says a few people may be interested in their own Novena (smart one, that guy), so he might consider a Kickstarter campaign in a few months. Don’t expect it to be cheap, but if you’d like to try your hand at making your own, all the files are up on the Novena wiki.