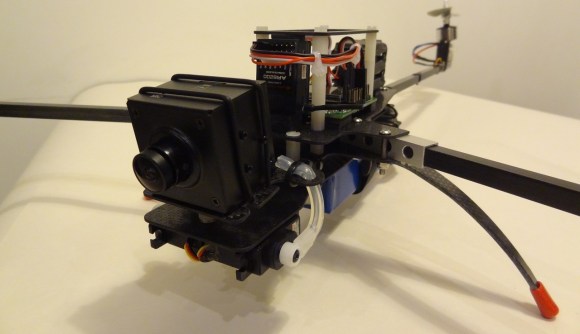 So how do the servos know what to do and when to do it? Some multi-rotor flight control boards have outputs for connecting the servos directly. The control board uses the on-board gyroscopes and accelerometers to sense the movement of the aircraft and determine how much to move the camera.

If you are interested in making one of these for yourself head over to the above link to find everything you need. Thanks goes out to Team SSG for documenting this project so well. If a fancy brushless motor gimbal is more your style, check out this one you can print with your 3D Printer.