Next up is the sensor. Ideally we’d use a photodiode which is very fast, but also expensive. A photoresistor is cheap, but not fast enough. A nice medium between the two is a phototransistor, which is relatively fast, and cheap. Finally, we need a minimum trigger period to offset the flash. [Matt] thought about using a 555 timer but instead decided to just generate a pulse with an Attiny45.

Add a couple resistors, throw it all together on a breadboard and for $1.44 he’s got a super affordable, and functional camera flash trigger! Check out this exploding crayon that was shot with a BB gun! 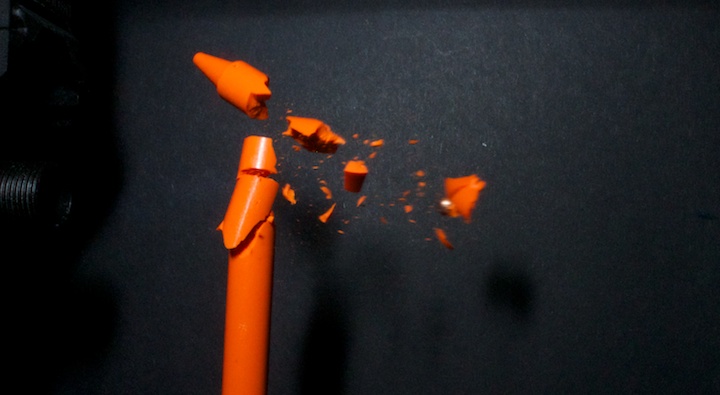 This of course can also be created using an Arduino for similar results.