Over the past few years, [Bart Dring] has contributed immensely to the homebrew CNC machine scene, with the creation of MakerSlide linear rail, the buildlog.net open source laser cutters and CNC machines, and a host of other builds that have brought the power of digital fabrication to garages and workshops the world over. After a year of work, he, along with Inventables, is releasing Carvey, the CNC machine for everyone else.

Carvey is heavily inspired by Inventables other CNC machine, the Shapeoko, but built to be the Makerbot to the Shapeoko’s RepRap, without all the baggage that goes along with that analogy, of course. The machine has a 300W spindle capable of cutting wood, plastic, foam, carbon fiber, and linoleum, as well as aluminum and brass. There are a few interesting features like a color-coded bit system, and this time the machine has an enclosure for containing MDF dust. 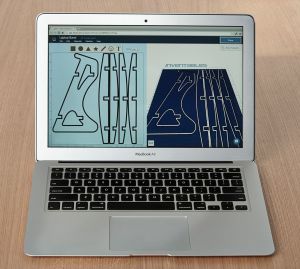 CAD programs might be a little too foreboding for someone just getting into the world of CNC, so Inventables has created their own design program called Easel. It’s a web app that allows you to design all your parts for the Carvey and send them all to the machine without worrying about speeds, feeds and all the other intimidating machinist terminology. You can, of course, output GCode from Easel, so those of us with slightly more complex toolchains can still use the Carvey.

Inventables is Kickstarting their production, with the non-early bird Carveys going for $2400. That’s a bit cheaper than some extremely similar machines we’ve seen on Kickstarter before.

67 thoughts on “Carvey, The CNC Machine For Everyone”