Photographer [Stephen Orlando] has an awesome body of work that focuses on human motion. The images he captures with colored light and a camera set up in a setting of choice tell a story of time in a way that’s visually stunning.

[Stephen] has experimented with various types of action. He’s attached LED strips onto props like oars in order to capture the rhythmic movements of rowing, or directly onto parts of the body to visualize more chaotic gestures, like the forms of a martial artist. His camera is set up to take long exposures, soaking in the light as it plots itself through space over time. 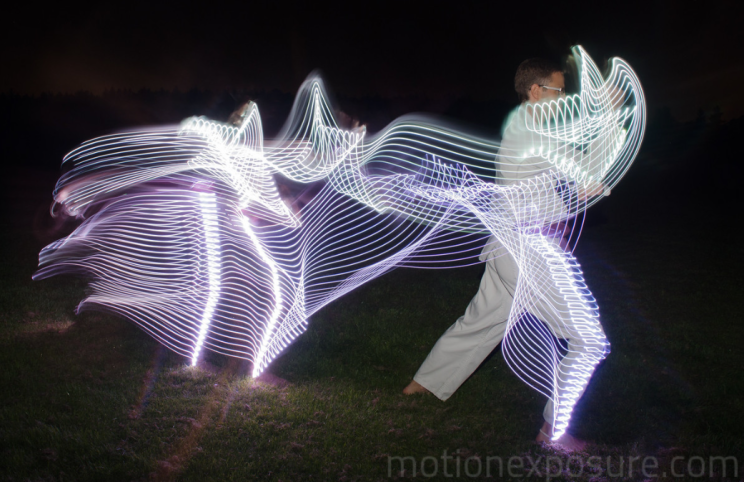 Though this isn’t a hack directly in itself, [Stephen’s] experimentation with time and light is a great case of technology being added to the arsenal of traditional mediums we’re accustomed to seeing in the production of artistic work. The clean execution of his idea to tell a story about what we don’t typically get to see by use of light should inspire all of us who love to play around with LEDs in our projects. Sometimes the more interesting aspects of our work are created in the negative space we forget to consider.

The next time you find yourself working on a hack, look at what you’re creating from a perspective beyond its original context. For example, 3D printing with a delta robot is a bit of a departure from it’s original purpose as a pick and place machine. Even further yet is the concept of using one to draw images in space with light. Often the process of somethings creation, as well as the byproduct of what it took to make it, is just as worthy of investigation. Don’t forget to search between the lines… that’s where the magic is.

7 thoughts on “Motion Through Time Painted In Light”