Much has been written about the demise of Google Glass but for readers of Radio Electronics we know that Glass really came in 2nd place.

watch TV from behind your TV

You can watch TV from behind your TV, get distracted while trying to direct air traffic, and many more applications for the ‘Television Monocle,’ (Radio Electronics, Sept. 1962).

take an MMOOC on learning to fly aircraft

Engineers and Technicians in the 70’s and 80’s

As innovators of bleeding-edge technology we are not typically known for our fashion sense. This is apparent when paging through our favorite vintage electronics magazines.

Computers Around the World and in Your Hands

In the mid-70’s and 80’s computers could do anything. Can you imagine having computers connected together throughout the world, or a computer that you hold in your hands?

OMG this dot matrix printer is attacking us from outer space

Some of the ads and a few of the projects stretch the boundaries of reality.

In the 1970’s it’s all about CB radio. For those of you around in the 70’s lets not deny it, you probably still have that CB radio in the basement or garage. I admit it, even in the early 90’s I owned two CB radios and had a great deal of fun with them.

What’s up with all of these testers? There are numerous projects for transistor testers, IC testers, and many other fairly complex testing devices. 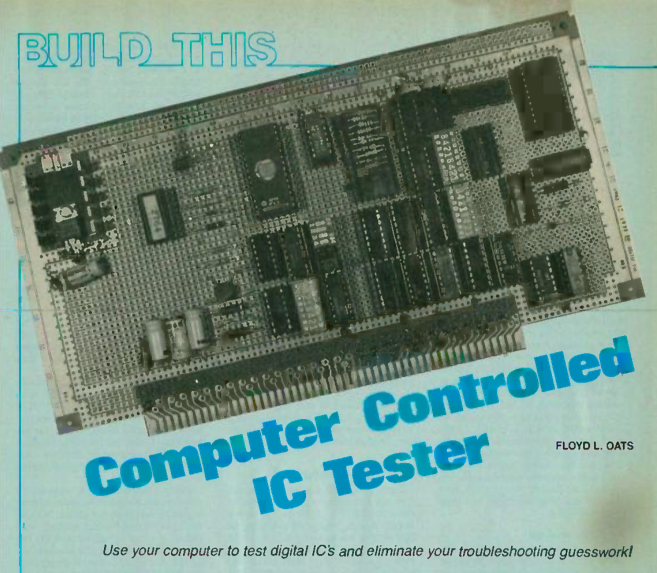 It’s been fun joking about our electronics past but in all seriousness many of the projects in these magazines were very good and the magazine provided excellent documentation. Many show examples of clever blending of analog and digital circuits. Others provide in depth explanations of basics of audio power amplifiers, how to use unusual vacuum tubes, or even how to build your own laser from scratch.

Learn how to use a Dekatron tube or how to build your own shortwave radio (Radio Electronics, Sept. 1962).

EEVBlog Wades Through a Huge Collection

Even [Dave Jone] gets into vintage electronics magazines on occasion.

Take a stroll through memory lane to have a few laughs and learn a thing or two about analog circuit design. Our hacker heritage has been documented well by Popular and Radio Electronics magazines. Who knows, there might be a few great unrealized ideas still lurking on those pages waiting for you to rediscover them!