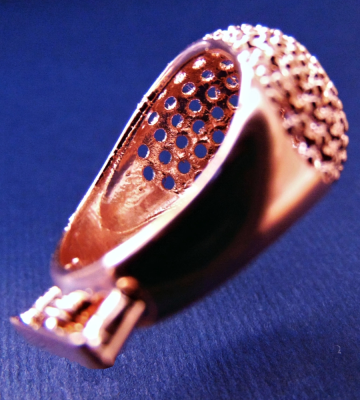 Although the CopperFace’s web site mentions metals other than copper, it looks like they leave the details of setting up the plating to you. The unit itself is just a glass container, a magnetic stirrer, and a constant current power supply. The only part that might be harder to work out is the graphite spray. The company also mentions that you could coat the part with silver instead of graphite, but doesn’t offer details on how you would do that, nor does it appear anything other than graphite is included. The results (see photo to right) look good.

This doesn’t look as polished as the Orbit1 Kickstarter (although Kickstarter shows it as cancelled, their web site appears active as of June). However, the CopperFace looks highly producible (or reproducible) since it looks to be just off the shelf components. You can see more about the Orbit1 in the video below.

23 thoughts on “Metal 3D Printing With Your Printer”