Imagine you were a cold war era spy living in a hostile country with a cover job with Universal Exports. Would you rather get caught with a sophisticated encryption machine or an ordinary consumer radio? I’m guessing you went with the radio. You aren’t the only one. That was one of the presumed purposes to the mysterious shortwave broadcasts known as number stations. These were very common during the cold war, but there are still a few of them operating.

There are actually several types of number stations, but the prototypical one is simply someone on the air reading lists of numbers (or sending them via Morse code). Some read off other coded messages (like phonetic alphabet letters) or have sounds in the background that may or may not be digitally-encoded messages. One even used a sound clip from a Yosemite Sam cartoon to separate bursts of data.

According to the Conet Project, number stations were heard as early as World War I. In most cases, no one knows for sure what the purpose of the stations are, but there are dedicated groups that try to locate them and even decode what they are saying. However, it is thought that most of them use some form of one time pad cryptography which makes trying to decode them a very long shot. It is pretty widely accepted, though, that the purpose of most (if not all) of these stations is to deliver clandestine messages.

For example, suppose I wanted to send you secret messages so I give you a shortwave receiver. I tell you to listen to a certain frequency at a certain time and I read off a series of numbers. To decode my message, you treat the numbers I read as a page number followed by a word number in, for example, a newspaper that is a day or two old. As long as you keep a copy of the newspaper and you have the radio, I can send you messages that would be very hard to decipher unless someone told you what newspaper we agreed to use. This is a form of one time pad, and if you keep the secrets, the method is practically unbreakable. The key, though, is that when they search your hotel room and find a shortwave receiver and a few days of newspapers, that’s not particularly suspicious.

There’s a group called ENIGMA 2000 that catalogs and analyzes number stations, producing the Enigma Control List (although the latest one is a few years old). They have a naming scheme that identifies stations based on language or other characteristics of the signal. For example, stations starting with E broadcast in English, while stations starting with S broadcast in a Slavic language. M stations use Morse code. Naturally, these are just handy designations (like E22). In most cases, we don’t know what the stations call themselves. 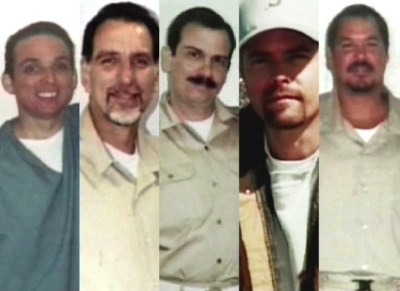 In 1998, the FBI arrested five Cuban intelligence officers. The spies received messages via a numbers station (using Sony shortwave radios) and the coded messages were a big part of the FBI’s court case. The FBI acquired the software the spies used to decode the messages and were able to read them (and present them in court). This may be the only time that a government has admitted that these stations are tied to covert operations.

The Cuban Five, also known as the Miami Five (Gerardo Hernández, Antonio Guerrero, Ramón Labañino, Fernando González, and René González) were tried and convicted of conspiracy to commit espionage, conspiracy to commit murder, acting as an agent of a foreign government, and other charges.

In 2001 the Cuban government finally acknowledged that the men were intelligence agents. They did, however, maintain that they were spying on Miami’s Cuban exile community, not the United States government. 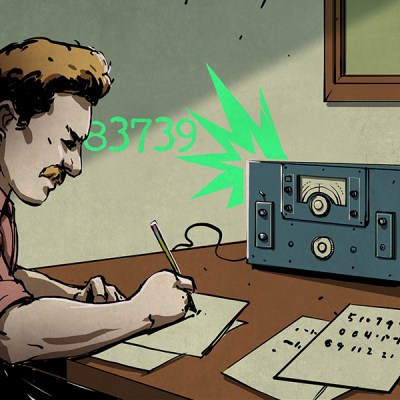 You have to wonder, in this day of Internet and satellite phones, why these stations still operate. After all, a shortwave receiver is a bit more unusual today than it used to be. Maybe the receivers are camouflaged as standard radios and need some James Bond-style gadget to put them on the shortwave band. After all, a satellite phone implies you are talking to someone and Internet usage is traceable. Short of being caught in the act (or using software like the Cubans), there’s no proof of what you are listening to on a radio.

Still, it seems incredible that there are apparently still operatives somewhere right now copying encoded instructions from these number stations. You can only wonder what they are up to.

How Can I Hear Them?

If you have a software defined radio setup, that’s perfect. Of course, a general coverage receiver or a ham radio that has a wide receive range will do the trick too. An easy way to find common stations is to look at the online page that shows what is on the radio at the current time. Look for entries with the word “spy” in them. Another site that reports spots of these kind of stations is Spy Numbers. You can search their database to see what other people have recently heard and enter your own spots, although activity there is relatively low (there have been about 30 entries in the database this year). There’s also a pretty active logging forum you can try for tips.

Of course, it is even more fun to find them on your own. If you don’t have a radio handy, this might be a good use of one of the Web SDRs we’ve covered in the past. This also gives you the opportunity to listen from some location other than your own (as well as making it easy to record what you hear).

Just be careful. Eavesdropping on spies can give you the creeps. Especially if while you are listening, you hear a knock on the door….

124 thoughts on “Secret Radio Stations By The Numbers”