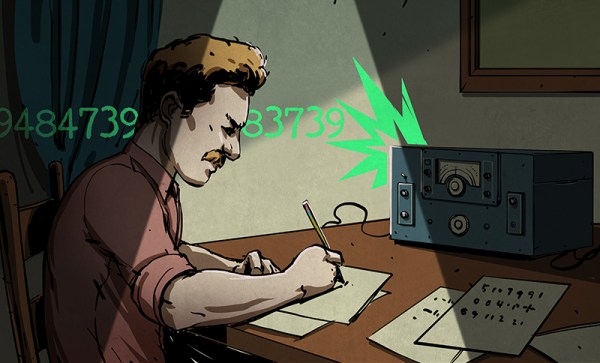 Imagine you were a cold war era spy living in a hostile country with a cover job with Universal Exports. Would you rather get caught with a sophisticated encryption machine or an ordinary consumer radio? I’m guessing you went with the radio. You aren’t the only one. That was one of the presumed purposes to the mysterious shortwave broadcasts known as number stations. These were very common during the cold war, but there are still a few of them operating.
END_OF_DOCUMENT_TOKEN_TO_BE_REPLACED