The 2015 Hackaday Prize included something new: a prize for the Best Product. The winner took home $100k in funding, a six-month residency at the Supplyframe Design Lab in Pasadena, and help turning a budding product into a full-grown success. And the winner is… 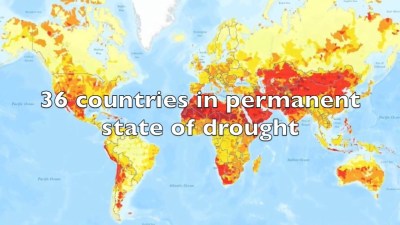 Water is a crucial element for farming: the plants need enough, but not too much. Water is also an increasingly precious resource all over the world. In California, five times as much water is used in agriculture as is used by residential consumers. A 25% reduction in agricultural use, for instance, would entirely offset all urban water use. With this in mind, a number of California farmers are trying to voluntarily reduce their water consumption. But how?

One important development is targeted irrigation. Getting precisely the right amount of water to each plant can reduce the fraction lost to evaporation or runoff. It’s a small thing, but it’s a very big deal.

Cue Vinduino, a long-running project of “gentleman farmer” and hacker [Reinier van der Lee]. As a system, Vinduino aims to make it easy and relatively inexpensive to measure the amount of water in the soil at different depths, to log this information, and to eventually tailor the farm’s water usage to the plants and their environment. We were able to catch up with [Reinier] at the Hackaday SuperConference the day after results were announced. He shared his story of developing Vinduino and recounts how he felt when it was named Best Product:

The product that won Best Product is simple, but very well executed. It’s a hand-held soil moisture sensor reader that couples with a DIY soil probe design to create a versatile and inexpensive system. All of the 2015 Best Product Finalists were exceptional. Vinduino’s attention to detail, room for expansion, and the potential to help the world pushed this project over the top.

The basic, handheld Vinduino is a calibrated AC resistance meter. An Arduino inside the rugged enclosure sends current first this way, then that, through the moisture sensors and measures the voltage drop across some known resistors. At least half of the development work, however, was focused on the in-ground humidity sensors. 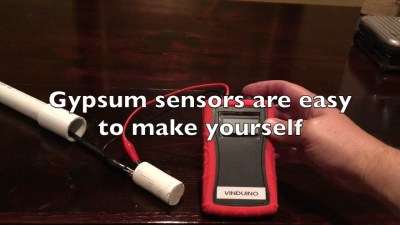 As dirt gets wet, it conducts more easily. You could, in principle, simply measure this resistance. But different soil compositions make calibration difficult, and corrosion of the probes is equally a problem. Finally, the terminals of the probes themselves can create a battery when placed in the soil, vastly complicating the calibration problem by imposing a voltage across the resistance that you’d like to measure.

[Reinier] spent a lot of time getting his DIY gypsum water sensors accurately calibrated, standardized, and compensated for “concentration cell” battery effect. His great documentation of the process makes it replicable on a shoestring budget. Making the sensors robust and cheap is important, because the next step is to drive three (or more) of the sensors into the plants’ root zo

Driving multiple sensors into the ground allows the farmer to target his plants exact water needs. Measuring how wet the soil is at the surface, in the root zone, and then just below the roots makes it possible to figure out the net water flow, and water the roots only when they get dry, not when the ground on top of the roots is dry.

The handheld unit connects up to these water sensors and makes measuring the soil moisture at these different levels as easy as walking around the vineyard with a log-book. And because the handheld unit’s firmware is open source, nothing stops the farmer from using different soil humidity sensors that require different calibration curves, or from using the same setup to measure soil salinity. 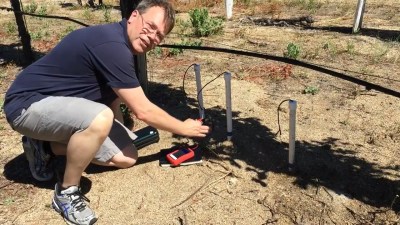 But [Reinier] has a whole system in mind, and it’s one that doesn’t involve walking around the fields taking measurements. He’s already built up prototypes of a networked, permanent version of the handheld unit that can stay in the field and record continuous moisture data. The next steps are fully-automatic watering control, by combining the control of irrigation valves and water pressure dataloggers.

Optimal, minimal water use in agriculture is an idea that can help save water on a large scale. By making the measurements easy and cheap, Vinduino helps farmers take the first step. By making it all open source, modular, and accessible, much more likely to have an impact. So far, [Reinier] estimates that he’s cut his water consumption down by 25%, and by further developing his system, he’s making it possible for others. Good luck with Vinduino and congratulations!

There were 10 projects named as Best Product Finalists during the 2015 Hackaday Prize. Enjoy the recap video which touches on each of these, and dig into the lists of entries to learn more.