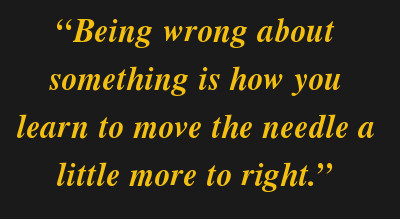 It’s really easy to do. I mean, if one person set out to build an iPhone from scratch (I mean, really scratch, like bits of rock and dinosaur scratch) the cost would be astronomical. It would be a country’s economy over years. Which, if you look at it, is exactly what happened. What I’m getting at, is that our economy is set up to distort the value of things dramatically. 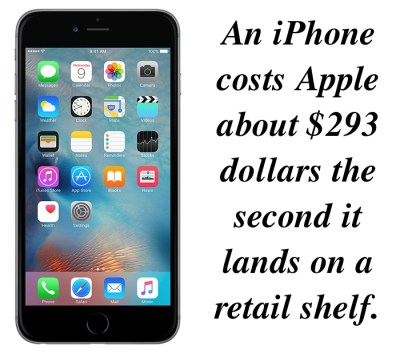 An iPhone costs Apple about $293 dollars the second it lands on a retail shelf. The selling price is a little over double that. (Which is actually a pretty reasonable margin.) The iPhone itself is made by Foxconn, a company that has 77 billion dollars of assets. That’s not their income or expenditure. That’s the land, machines, buildings, gold bars, etc that the company has to leverage. They can use that to take a bunch of parts and end up with an iPhone at the other side.

This kind of leverage makes it impossible to get an accurate gauge what a thing should cost if your metric is the stuff you can buy on Amazon. So it’s important to understand that once you start evaluating hardware on the price of it alone, it’s really really difficult to do so accurately by using the regular purchasing power our society imparts on us.  Especially when the equipment starts to get more specialized and the manufacturing drops from the billions of leverage scale to the millions or thousands of dollars to leverage scale. Apple could make a printer nozzle of amazing quality for practically the raw cost of the metal.  An import or American manufacturer with four automatic lathes cannot.

However, as mentioned, it’s also important to note that even when you have these incredible amounts of capital to leverage against, all you can do is bring the cost closer to the raw material and time cost. You do this by bringing more steps in house and running it on previously purchased capital costs. You still can’t eliminate the hardware cost and get a pure time abstraction in quite the same way as you can in software. In fact, every penny of misspent hardware costs lose money on a bigger scale than before. The sword cuts both ways for Apple engineers.

And, the part about time cost still applies.

When you get down to it, most activities are low capital cost and the billing is generalized to time. I could have made the same point from the perspective of any regular office employee. as far as most jobs are concerned, capital cost is small, and money is only made on time.

Another interesting example from the comments was the field of contract engineering. In this case, even though the engineers are designing the hardware, the cost of their time easily dwarfs the cost of the capital investments they have to make to finish the design. However, it kind of neglects the fact that someone else is eating that cost to build the thing they designed, so it’s kind of a wash. All those engineers are still doing cost estimates, or they should be if the firm is worth anything.

Also, I noted a few mechanics and technicians were mentioning that their time cost outweighed the capital costs. I don’t really think those fields apply. Though I do think someone who does construction or big installs would instantly know and have suffered through the same cost constraints.

In the end most of you agreed with my point that the hardware world has a different view on costs than software and other realms. Software and hardware design processes have so much in common, that it’s hard to note this difference at first.  I still remember the first time someone handed me a stamping and told me it cost five cents. It absolutely blew my mind. I was mentally costing it out at five or ten dollars. It’s just a whole different world sometimes.

If you’re an amateur designer you HAVE to learn a little physics before you can make assumptions.

This is the other big thing I harped on was the tendency for amateurs to pass around a design as good. Pretty much no one disagreed on this with me. Just because it works doesn’t mean it’s good. A better understanding is needed before it’s wise to pass judgement on the efficacy of a movement.

A person or two asked how they could get a better understanding of mechanics. I would like to be a bit more useful that just, “learn da fyziks, stoopid,” this time around.  If you would like to get more serious about being able to evaluate mechanical design, I think there is a fairly short path to a beginner understanding. Perhaps a month or so of part time learning. Here’s mine; though, I’m 100% positive we have some old hats or savants out there that can propose a better path in the comments.

If you enjoyed all that it’s time to brush up on basic calculus and get a mechanical design book.

If you want to learn beam tables. Hang a cinder block from some tubing. Weigh a cinderblock. Measure your tube. Do the math for it using the beam tables. Then, suspend a tube on each end. Position the center of the tube against a door frame. Make a mark with a pencil. Then hang a cinder-block off it and make another mark. Compare the result to the math. This sort of thing is fundamental to developing an understanding.

Next, take stuff apart. Go to a thrift store and buy an engine. Take it apart. Whenever you run into a why, get online and ask questions. “Hey, why is this bearing sealed?” “Why does this engine use a mixture of oil and fuel?” Go take a few inkjet printers apart. Guess why they did it. Compare a really expensive printer to a cheap one. What changed to make the print quality better?

After that, try to make your own. That’s when you start to learn things like the reason why 3D printers only use three linear bearings instead of four for each axis. (If they used four the rods would have to be absolutely perfectly aligned. When they use three the third bearing can be considered a pivoting joint constrained to the current z position of its location on the rod.)

The closing statement is one of distrust. It’s a good thing. The nice thing about the sciences and technical fields is they hand you a skillset for evaluating truths. When someone tells you something (I really like 3D printing, sorry) such as, “this extruder is better than that extruder.” Ask them why. If they start telling you about experiments instead of experiences, they’re on the right track. A lot of amateurs want to use single data points as a judgement in general. I had a bad experience with X so X must always be bad. However, we all intuitively know this is not the way things work.

Thanks to everyone who commented in the previous post. Thanks for the excellent content of them all. I hope we can continue the discussion. I hope my mistakes helped in some small way and any new mistakes I snuck into this one help too. I also hope we can see more and more cool mechanical projects on Hackaday with some really awesome design behind them. Looking forward to another discussion in the comments below.

59 thoughts on “Continuing The Dialog: “It’s Time Software People And Mechanical People Had A Talk””