The CEO of TechShop, [Dan Woods], has hit the legal E-stop and declared Chapter-7 bankruptcy for the business. All ten US locations were shuttered on Wednesday with absolutely no advance warning. You can read the full statement from [Dan] here.

We are deeply saddened to hear of TechShop’s closing, and while it wasn’t implausible that this might happen someday, the abrupt shuttering must come as a painful shock to many for whom TechShop was an important part of their personal and professional lives. We owe a lot to the work and effort they put forth; they led the way as a pioneering makerspace and for more than ten years, TechShop provided access to tools, taught classes, and created opportunities for the DIY world that are still as important today as they were in the mid-aughts.

Jim Newton, founder of TechShop, originally wanted a space to tinker with his pet projects. “I’m a frustrated inventor who needs to have access to this kind of stuff. And people always say that the best companies are the ones where the founders are passionate about what they are creating, which is exactly what I am,” Jim said in an interview in 2007, at the beginnings of TechShop.

It turned out that there were a lot of other tinkerers who wanted to work their pet projects too. 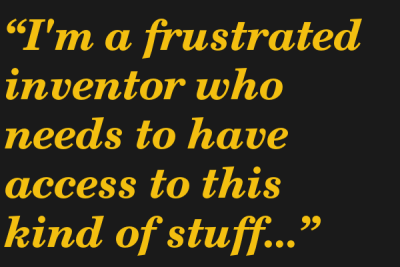 TechShop took a risk. All new business ventures are risky and most fail quite quickly, but in 2006, this whole movement, this idea that people could build things and take advantage of new technologies, personal fabrication, ad-hoc manufacturing, and rapid prototyping outside of universities and commercial R&D labs, was just a dream.

Adafruit was incubating in Limor’s dorm room. Arduino was just the name of some pub in Italy. Eben Upton was wiring prototype Raspberry Pi’s by hand. Nathan Seidle was still reflowing Sparkfun’s boards with a toaster oven. Maker Faire, “The World’s Largest Show and Tell,” wouldn’t even launch until the following year.

In the fading light of high school shop classes, people often were shown the ways of woodworking, light metalwork, and maybe how to fix a car or two. Filling a business with a smorgasbord of advanced machinery and teaching people how to use it, was, and still is, a relatively new concept. TechShop had a dream and made it real with the dedication of hardworking support staff and instructors around the country.

Getting a makerspace off the ground and keeping it in the air is no small feat. We know firsthand how much time and effort it takes, not to mention the deep financial investment required, to open a fab space. Unlike most other spaces, TechShop was a for-profit business, which put them in unique constraints. Investment from outside sources, maintenance of machines and the professionals with the knowledge to teach them, liability insurance when you have not one, but many machines with high-speed blades, powerful lasers, and extremely pressurized water systems in the hands of the public, meant charging appropriate costs.

TechShop was fundamentally a service, and unlike other makerspaces where a strong volunteer culture exists, and people might show up to just be around, the nature of TechShop meant that once people had accomplished their goals, that’s it. They’re gone. Building a strong community that keeps coming back while also trying to provide a consistent service is a tough line to walk. They did partner with universities and team up with major corporations to work on joint initiatives, but ultimately, the numbers didn’t match up and their financial options had run dry.

TechShop will leave a hole in many communities. There are still the Noisebridges, the NYC Resistors, the Artisan Asylums, and a growing list of hackerspaces around the world. There really aren’t places like TechShop, though. We can count on one hand the number of spaces that will even allow amateurs in the same room as a water jet cutter, let alone operate one. Most makerspaces a lucky to have even a single laser cutter, not to mention the countless other amenities and machines all under one roof that TechShop provided. 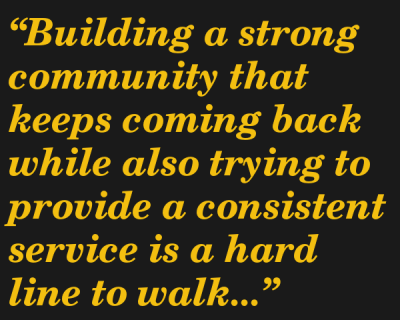 These tools are opportunities, ones which many of us cannot outright own or acquire, but at the end of the day, they’re just that, just things. The Tormach didn’t offer you words of encouragement when you broke your 3rd end mill. It wasn’t the Epilog who stayed up all night with you and cracked jokes while you were on a deadline. Those 3D printers didn’t brainstorm with you day after day and spend the time to show you how to get good prints…

It hurts to know that one of the pillars of our community is gone, but the people who built it, grew it, and shared it with the world, are still out there. The curiosity for design, passion for sharing knowledge, and organizations that work tirelessly to support the growth of the DIY are still burning bright.

Tools are just the kindling, but everyone carries the spark.