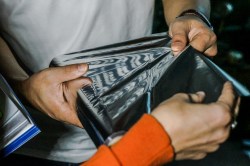 We’ve actually gotten this done professionally at a book printing factory in Shenzhen and took some photos. This is the heat transfer foil. You can usually get these on huge rolls that mount on to the machine. They also come in various metallic colors such as metallic blue, green, red, as well as the usual gold and silver.

This is the actual machine used to hot foil stamp on to books. It’s also used to stamp the edges of the books to make it look more appealing at book stores. 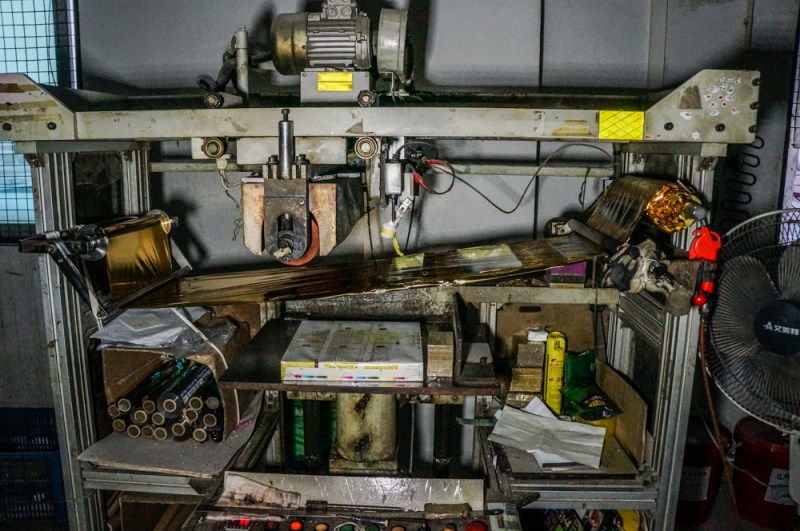 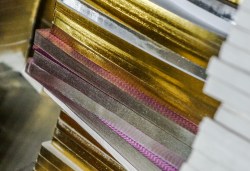 This is an example of how hot foil stamping can decorate books. In this case, it’s used to decorate the edges of the books which makes it more eye-catching, especially when there’s a stack of them sitting on a table at a book store. It also reminds me of the bibles I always see in the drawers of the hotels I’ve stayed at.

Now we’re just waiting for a conductive heat transfer foil so we can stamp out our circuits on to book covers.

15 thoughts on “You Bring It, This Blings It: Retrofitting A Hot Foil Stamping Machine”