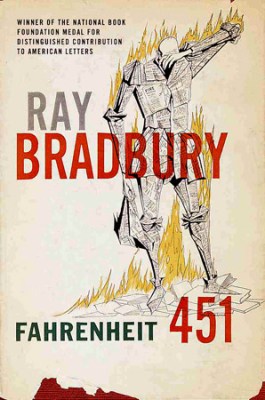 There’s a somewhat confusing intersection of state and federal laws in the United States, but the short version is that a state can make laws which are more restrictive than federal laws so long as they don’t directly contradict each other. This allows the federal government to establish a baseline, and each state to decide on their own how strictly to enforce it.

A classic example of this principle are seat belt laws. Since 1968, it’s been federally mandated that all cars have seat belts. Anything more specific than that, such as ages at which passengers must use them and fines for failure to do so, are set at the state level. However, a law which exempted vehicles from having seat belts in a particular state would conflict with federal law. If challenged, such a law can be thrown out under what’s called the Supremacy Clause.

In this context, the states in question (New Jersey and Pennsylvania) cannot block their citizens from viewing a particular website because that would be in violation of the First Amendment. Indeed, that’s exactly what Cody Wilson is banking on in the lawsuit he’s filed against New Jersey’s Attorney General. The case is somewhat complicated due to the fact that his settlement with the US State Department didn’t specifically state firearm CAD files are protected by the First Amendment, but only determined that they were not limited by ITAR. Now tied up in federal court, the Supremacy Clause will take precedent.

Published as RFC7725 in February 2016, HTTP 451 originally met resistance when it was proposed by developer Tim Bray in 2013. Some considered it redundant and not significantly different from the more traditional 403, especially since the HTTP status codes are a constrained name space. Why use up a status code when the same information could be conveyed with an existing one? But as more sites started to use 451 unofficially, it became clear the modern Internet needed a way to differentiate active censorship from a technical issue.

So who can use HTTP 451? Anyone who feels it’s appropriate. Nobody is required to use it, but if you’re in charge of a server and being asked to limit who can see the content it’s hosting, HTTP 451 might be for you. More often than not it will be done by the person who’s running the site which is the case here, but there’s even a push to get ISPs to implement it when they’re being asked to intercede in legal cases.

Cody Wilson says 21 states are currently suing him; with injunctions by NJ and PA being the first at the state level. This kind of state-by-state control over content on the Internet is unprecedented in the United States.

The issues now being tested in the federal case are messy ones. If the DefCAD files remain exempt from ITAR, then the battle over who has access to them is likely to be complex and drawn out, giving way to a troubling scenario in which individual states try to control access to the Internet. On the other hand, if it’s decided that they should be controlled under ITAR, it will set a precedent that some 3D models are too dangerous to be released to the public. The issue then becomes how to decide which 3D models need restriction.