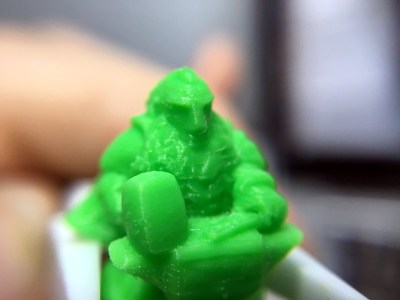 [Thanks to Keith for the tip.]

36 thoughts on “High Detail 3D Printing With An Airbrush Nozzle”