“It wouldn’t happen that way in real life.” One of the most annoying habits of people really into the “sci” of sci-fi is nitpicking scientific inaccuracies in movies. The truth is, some things just make movies better, even if they are wrong. 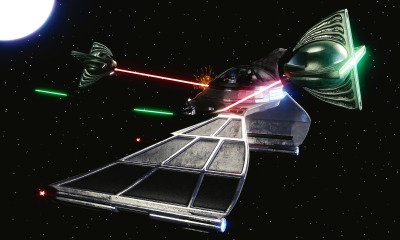 What would Star Wars be without the sounds of an epic battle in space where there should be no sound? But there are plenty of other examples where things are wrong and it would have been just as easy to get them right — the direction of space debris in the movie Gravity, for example. But what about the age-old trope of explosive decompression? Some movies show gross body parts flying everywhere. Others show distressed space travelers surviving in space for at least brief periods.

It turns out, dropping pressure from one atmosphere to near zero is not really good for you as you might expect. But it isn’t enough to just make you pop like some meat balloon. You are much more likely to die from a pulmonary embolism or simple suffocation. But you are a meat balloon if you experience a much greater change in pressure. How do we know? It isn’t theoretical. These things have happened in real life.

In 1966, NASA spacesuit technician Jim LeBlanc found out about the first problem the hard way. Wearing a Gemini space suit, he entered a vacuum chamber and had an accidental pressure hose disconnect. Within 10 seconds, the pressure in his suit went from 3.8 PSI to nearly zero.

LeBlanc reported he could feel saliva boiling off his tongue before he passed out. The fact that he could report this should tell you that it all ended well. Instead of the normal thirty minute repress sequence, engineers restored air to the chamber in 87 seconds, although he got emergency oxygen 25 seconds later. Outside of an earache, he was fine. He stayed conscious for 14 seconds.

So does that mean exploding people are just a movie phenomena? Not quite. It just takes a bigger pressure differential. A drilling rig, the Byford Dolphin, had an accident in 1983. Five crew died and a sixth was seriously injured.

The platform was drilling in the Frigg gas field in the North Sea. Four divers were in two connected chambers at a pressure of 9 atmospheres. One of the chambers also connected to a diving bell. The bell used a clamp to isolate it from the chambers. However, the clamp was opened too early which caused the 9 atmosphere pressure rush to the 1 atmosphere bell.

The bell was blown away and the victims suffered a variety of effects ranging from their circulatory systems jamming up with suddenly insoluble fats to violent decompression that left internal body parts as far as 30 feet away.

Newer rigs have more safety systems and interlocks to prevent things like this from happening. Officially, the cause was human error, although there are those who believe it was faulty equipment to blame. After 26 years, the families of the victims did receive a settlement from the Norwegian government. 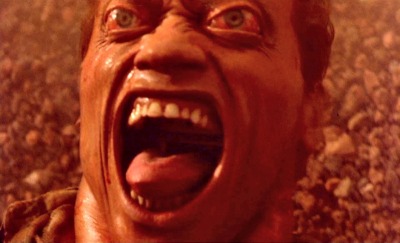 So surviving a few minutes of vacuum like Dave Bowman did in 2001: A Space Oddessy is probably more realistic than Arnold Schwarzenegger exploding in Total Recall. However, it wouldn’t be pleasant. In the 1960s, the Air Force did decompress a group of chimpanzees with only one fatality — an older chimp with other health problems.

It is a rare space movie that gets everything right. Explosions look different than you’d expect, spaceships don’t constantly accelerate while their engines are running, There’s a host of other issues that affect most movies.

However, Gravity might be the hardest to swallow with a very old lieutenant in command of the Space Shuttle. It might not be science, but it is still hard to imagine you could turn 50, be in command of the shuttle, and still be only a lieutenant. Of course, seeing Sandra Bullock shimmy out of a space suit looking picture perfect is worth at least a giggle. Between the sweaty nature of being cooped up in one, and the reality of the built-in toilet system, real-life space suits are just gross.

47 thoughts on “In Space, No One Can Hear You Explode: The Byford Dolphin Incident”