A Booster of Some Note

When talking about records set by reusable booster rockets, there’s admittedly not a whole lot in the way of competition. That should change in the next couple of years as more “New Space” companies bring their reusable vehicles online, but for the time being, SpaceX is essentially running a race against themselves. Still, it’s interesting to how B1056 stacked up against its peers.

For one thing, it has the dubious honor of being the first reused Block 5 booster to be unintentionally destroyed. Although this wasn’t the first botched landing: core B1050 went into the water when it suffered a control failure as it coasted back to Cape Canaveral and had to be towed into port. A few previous cores have been allowed to crash into the ocean when a landing was deemed impractical, and core B1046 was sacrificed for Crew Dragon’s dramatic in-flight abort test.

On a more positive note, B1056 currently holds the record for having the fastest turnaround from landing to reflight of any Falcon 9 at precisely two months. This is only a few days longer than the quickest turn around in the Space Shuttle’s history, and it’s expected the process will only get faster from here. In the past SpaceX has claimed they’re targeting a 24 hour turnaround time for the Block 5, though many believe two weeks is a more reasonable goal.

Core B1056 was also the first Block 5 booster to launch two Commercial Resupply Service (CRS) missions to the International Space Station. The booster made its debut on the CRS-17 mission and then went on to launch CRS-18 a few months later. NASA allowing SpaceX to use previously flown boosters on critical ISS resupply missions is a huge milestone, showing the storied aerospace agency recognizes reuse of the Falcon 9 has transitioned from experiment to operational capability.

The Shape of Things To Come

Of course, all of those accomplishments are little more than numbers on a page for those of us who observe from the outside. Even the most dedicated of SpaceX followers wouldn’t feel any special kinship to a particular core just because it flew more missions to the ISS than its peers, or was the fastest (so far) to make it through its post-flight inspections. But in this particular case, the Hackaday community can claim a slightly better than average familiarity with a reusable rocket. 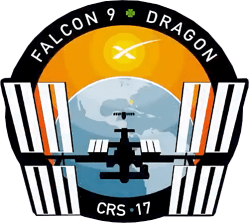 The CRS-17 mission on May 4th, 2019 wasn’t just B1056’s first flight; it was also the first time that Hackaday was on hand to document a rocket launch. Not that we planned it that way. The fact that we were in the right time and place to see not only the pre-dawn liftoff of the booster but its triumphant return to Port Canaveral the next morning was a complete coincidence. It was awe-inspiring to see in person, and judging by the response we received to the article and video, it had a similar effect even when experienced second-hand.

The regular Hackaday reader has undoubtedly noticed a gradual widening of our scope over the years. While hardware hacking and engineering will always be the core of this community, it’s impossible to ignore some of the overlapping interests many of us share. In 2019 several of our highest viewed articles were about rocketry and space exploration, and why shouldn’t they be? It’s difficult to imagine an example of engineering more extreme than using a violent chemical reaction to hurtle a sensor-laden robot hundreds of millions of kilometers through space.

After describing the first launch and landing of core B1056, I ended the previous article with my belief that what I’d just seen represented a glimpse into the future. Despite the loss of that very same vehicle less than a year later, that feeling of enthusiasm is still palpable. The dream of making space more accessible to humanity is not wrapped up in a single rocket or mission. It’s an idea that engineers have been chasing since the dawn of the Space Age, and they’re far too close to give up now.