A Bevy of New Boards

In June we saw the somewhat surprising release of the Raspberry Pi 4. Not that anyone doubted there would be a new entry into this monstrously popular (to the tune of 30 million units, apparently) line of Linux Single Board Computers (SBCs), of course. The surprise was in the timing: the Pi 3B+ had just been released in 2018, and in interviews conducted only a few months prior, Eben Upton was pretty noncommittal about the foundation’s plans for a successor.

As it turns out, this Pi might have needed a bit more time in the oven. After hackers started getting their hands on them, they started finding some pretty odd quirks. We’re not just talking about the (still baffling) decision to use dual micro HDMI ports either. There’s enough legitimate gripes around 2019’s Pi that many are sticking with the previous iteration until things settle down.

But the Raspberry Pi isn’t the only SBC game in town. It’s not even the only one with a cute “Pi” name, for that matter. We saw significant interest in the Atomic Pi, which delivered the power of a quad-core Intel Atom processor at a size and price not far from that of its berry-flavored peer. We’ve since featured a number of impressive modifications to the powerful board, but the discovery that the Atomic Pi was actually surplus hardware purchased from the now defunct Mayfield Robotics raised some valid questions about the long-term viability of the product.

Of course, no piece of hardware got us quite as excited as this year’s Hackaday Superconference Badge. Not only because it’s an exceptionally cool conference badge (something there’s no shortage of), but because it represented something of a turning point for FPGA technology. Thanks to a ballooning number of projects, products, and yes conference badges, leveraging FPGAs and to vast improvements to open source toolchains, we’ll look back on 2019 as the year that many hackers got to play with an FPGA for the first time. If the projects that came out of the Badge Hacking competition are any indication, we think they liked it.

Let there Be Light

Despite the perennial interest in such things, the most talked about piece of hardware this year wasn’t a pocket sized Linux computer. It was, if you can believe it, the humble light bulb. Well, more specifically, the state-of-the-art in home lighting technology.

It’s true. As of this writing, our most popular piece of 2019 was Ted Yapo’s phenomenal deep-dive into the occasionally disappointing reality of modern LED bulbs. We’ve all experienced LED bulbs doing dark years (or even decades) before their advertised lifespan is up, and this article aimed to figure out just what keeps killing these 21st century marvels of solid-state illumination.

We also saw considerable concern about the security of so-called “smart” light bulbs, or more accurately, the lack thereof. The discovery that many of these bulbs stored the user’s WiFi credentials in clear-text was made all the worse as we found out just how easy it was to get physical access to the microcontrollers that power the latest generation of Internet connected bulbs.

Which is probably why we also saw an uptick of DIY smart lighting projects this year; if you can’t trust what’s on the market, you might as well build it yourself. The security of such devices is still very much up for debate, but we could say that for a lot of the projects that have graced these pages over the years.

Speaking of light, 2019 will also go down as the year desktop SLA printers finally hit a hacker-friendly price. These printers, which form three dimensional objects out of light-activated resins, are capable of resolutions far beyond what you can do with more traditional FDM machines. Of course top of the line models are still outside the average tinkerer’s budget, but a number of companies are currently offering entry level LCD-based resin printers in the exceptionally enticing $200 to $300 price range.

But buyer beware: even for the 3D printing aficionado, these machines can pose a challenge. Resin printers have their own special quirks and limitations which are wholly different from the quirks and limitations you’ve begrudgingly become accustomed to with FDM printing. As Donald Papp explained in a personal look at his own experiences with a low-cost SLA printer, prospective buyers need to understand what they’re getting into before they trip the light fantastic.

On paper, the hacking community should hate Amazon’s Alexa. A device that connects our homes (and now even cars) to a retail juggernaut would be the kind of thing that, under normal circumstances, we’d terminate with extreme prejudice. But Amazon managed to convince enough of us to install the things that adding Alexa compatibility to gadgets has become a fairly common hack. 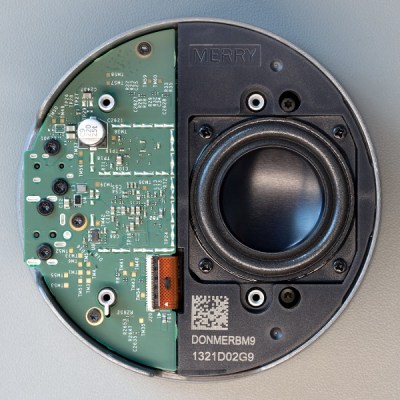 But in 2019, we saw what may be the first signs of cracks forming in our tremulous relationship with Amazon’s family of high-tech hockey pucks. There was an incredible amount of interest in the teardown Brian Dorey did on the third generation Echo Dot, as well as his subsequent reverse engineering that revealed the smart speaker had a hidden USB port you could access with a DIY adapter.

We also saw a brilliant hardware add-on that ensures Amazon and Google’s devices are only “assisting” you when you want them to. As hackers, we not only want to know what makes these devices tick, but how to bend them to our will.

Of course, the perception of these gadgets as a security liability certainly wasn’t helped by the fact some madlads managed to whisper sweet nothings to them with laser beams.

For the last couple of years, we’ve had front row seats to a brand new Space Race. But this time it’s not world superpowers seeing who can push higher and farther, this battle is being fought between billionaires like Elon Musk, Jeff Bezos, and Richard Branson. 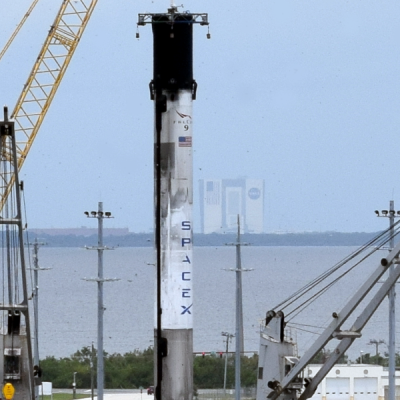 The cost of putting a payload into space is dropping like a stone, to the point that satellite networks with more than 10,000 individual spacecraft are financially viable. NASA’s even trying to get back to the Moon, though it’s still unclear if their lumbering SLS rocket can remain relevant in an era where private industry is making such huge technological leaps.

SpaceX has all but perfected an engine design that was once considered nearly impossible to build, and they’re currently flying the most powerful rocket in the world. Rocket Lab is putting satellites into orbit using a booster that has an empty weight rivaling a pickup truck. Several companies are working on spacecraft and boosters that can be 3D printed (either on or off world), and they’re a lot closer to demonstrating workable prototypes than you might think.

Make no mistake, space travel is still incredibly difficult and dizzyingly expensive. But there hasn’t been this much activity above our heads since the 1960s, and there’s no sign of things slowing down anytime soon. For those of us who’ve had a lifelong fascination with the final frontier, it’s a very exciting time to be alive.

Unfortunately, it hasn’t been a banner year for everyone. Case in point, aerospace giant Boeing. In the century-long history of the legendary company, 2019 will surely be remembered as one of the most publicly embarrassing.

Every 737 MAX aircraft in the world has been grounded since March after it was determined that issues in the plane’s flight control systems were directly responsible for the loss of 346 lives; the longest and costliest grounding of an airliner in United States history. It’s still unknown when the aircraft will be allowed to resume commercial service, but one has to wonder how much consumer confidence will be left when all is said and done. Especially since we now know mechanical failures have been identified in other members of the 737 family.

More recently, the company’s CST-100 Starliner failed to reach the International Space Station during its inaugural flight. It wasn’t a catastrophic failure, and it’s unclear how it will impact NASA’s overall plans to use the Starliner to start ferrying US astronauts to the Station next year, but it’s certainly a very public misstep made all the worse by how effortlessly SpaceX seems to be sailing through similar trials.

All the bad press certainly seemed to get the attention of the Boeing board members. On December 23rd, just one day after the troubled Starliner hobbled its way to an earlier than expected landing in New Mexico, CEO Dennis Muilenburg was fired. Merry Christmas.

So what’s in store for us in 2020 and beyond? For one thing, it’s hard to imagine that ARM single board computers are going to make many leaps and bounds in the next 12 months. Even considering all its faults, the Raspberry Pi 4 is still an impressively powerful computer at an incredible size and price; and with the 600 MHz Teensy 4 dropping over the summer, we’d say that microcontroller platforms are also starting to hit a performance plateau. That means hackers will increasingly be pushed towards parallel programming and FPGAs for their high-performance computing needs, so you might as well start learning it now.

We also expect big improvements in battery cost and availability. As if our mobile devices weren’t power hungry enough, every auto manufacturer in the world is scrambling to add electric vehicles to their product lineup. The economies of scale on 18650 cells will only get better, but if we’re really lucky, the demand for high capacity cells with fast recharge times will help spur the development of totally new battery chemistries.

The close of the year is not only the perfect time to reflect on all the incredible things we’ve seen, but also to thank you, the Constant Reader. Without our dedicated audience, we simply couldn’t do the things we do. Whether you’re supplying us with a regular flow of tips from your particular corner of the Internet, attending our live events and meetups, or simply checking in every day and reading what’s new, know that we don’t take it for granted.

There’s no shortage of information on the Internet, and whether you’ve just joined us this year or been around since the very beginning, everyone here at Hackaday is supremely grateful that you’ve decided to make us part of your life.

Now go out there and build something amazing for 2020. We’ll keep an eye out for it.