Join us on Wednesday, July 22 at noon Pacific for the Ubuntu Update Hack Chat with Rhys Davies and Alan Pope!

Everyone has their favorite brands, covering everything from the clothes they wear to the cars they drive. We see brand loyalty informing all sorts of acquisition decisions, not only in regular consumer life but in technology, too. Brand decisions sort people into broad categories like Mac versus PC, or iPhone versus Android, and can result in spirited discussions of the relative merits of one choice over the others. It’s generally well-intentioned, even if it gets a bit personal sometimes.

Perhaps no choice is more personal in hacker circles than which Linux distribution to use. There are tons to choose from, each with their various features and particular pros and cons. Ubuntu has become a very popular choice for Linux aficionados, attracting more than a third of the market. Canonical is the company behind the Debian-based distro, providing editions that run on the desktop, on servers, and on a variety of IoT devices, as well as support and services for large-scale users.

To fill us in on what’s new in the world of Ubuntu, Canonical product manager Rhys Davies and developer advocate Alan Pope will stop by the Hack Chat this week. They’ll be ready to answer all your questions about the interesting stuff that’s going on with Ubuntu, including the recently announced Ubuntu Appliances, easy to install, low maintenance images for Raspberry Pis and PCs that are built for security and simplicity. We’ll also talk about snaps, desktops, and whatever else crops up.

Our Hack Chats are live community events in the Hackaday.io Hack Chat group messaging. This week we’ll be sitting down on Wednesday, July 22 at 12:00 PM Pacific time. If time zones have you down, we have a handy time zone converter. 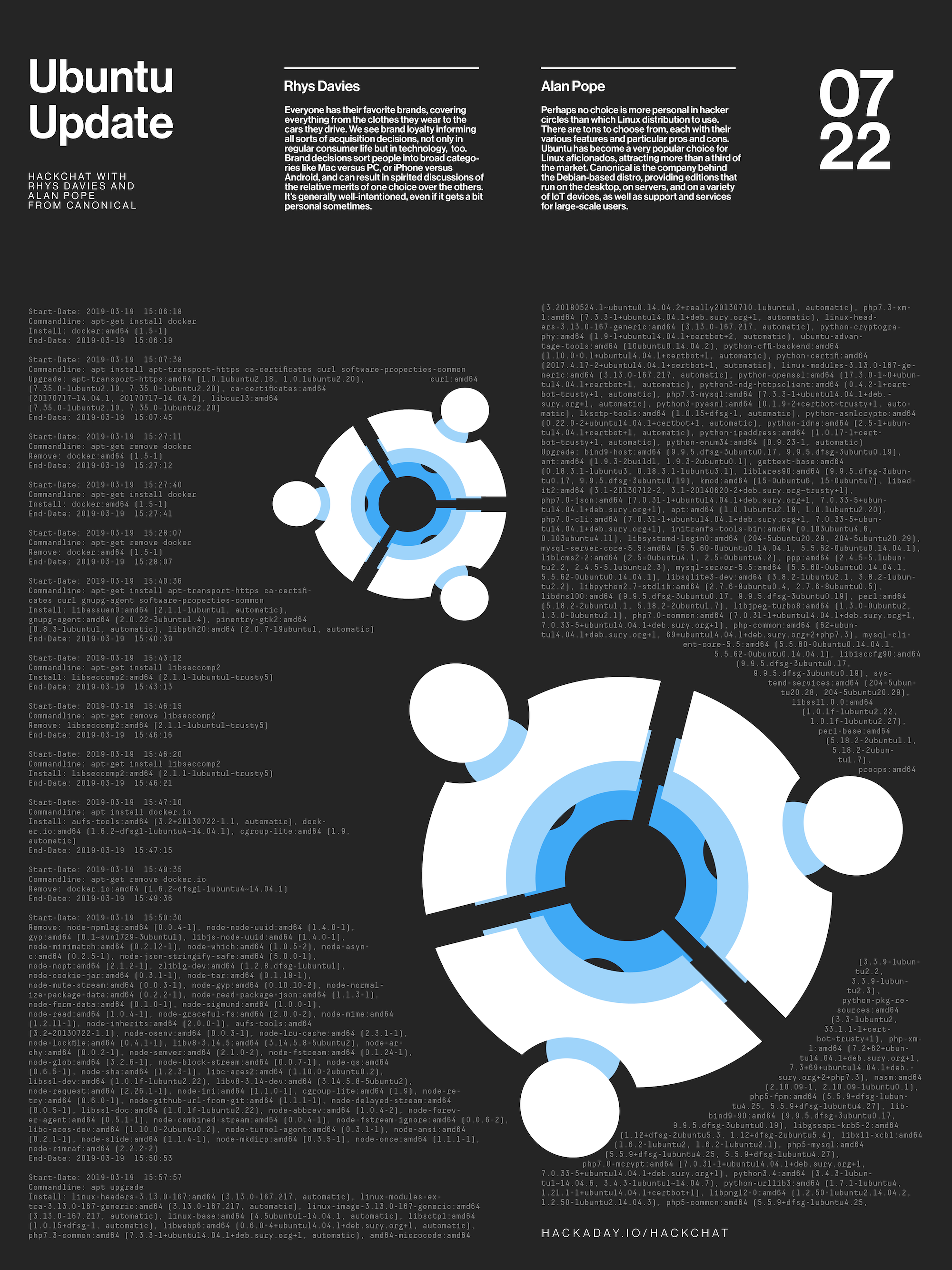