Recently, [Bunnie Huang] announced his Precursor project: a spiffy-looking case housing a PCB with two FPGAs, a display, battery and integrated keyboard. For those who have seen [bunnie]’s talk at 36C3 last year, the photos may look very familiar, as it is essentially the same hardware as the ‘Betrusted’ project is intended to use. This also explains the name, with this development kit being a ‘precursor’ to the Betrusted product.

In short, it’s a maximally open, verifiable, and trustworthy device. Even the processor is instantiated on an FPGA so you know what’s going on inside the silicon. 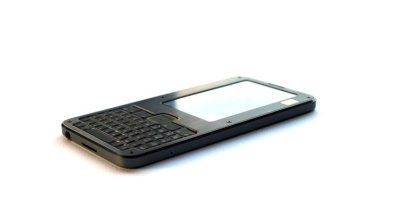 He has set up a Crowd Supply page for the Precursor project, which provides more details. The board features a Xilinx Spartan 7 (XC7S50) and Lattice iCE40UP5K FPGA, 16 MB SRAM, 128 MB Flash, integrated WiFi (Silicon Labs WF200-based), a physical keyboard and 1100 mAh Lio-Ion battery. The display is a 200 ppi monochrome 336 x 536 px unit, with both the display and keyboard backlit.

At this point [bunnie] is still looking at how much interest there will be for Precursor if a campaign goes live. Regardless of whether one has any interest in the anti-tamper and security features, depending on the price it might be a nice, integrated platform to tinker with.