The Quest 2 wireless VR headset by Oculus was recently released, and improves on the one-and-a-half year old Quest mainly in terms of computing power and screen resolution. But Oculus is owned by Facebook, a fact that Facebook is increasingly keen on making very clear. The emerging scene is one that looks familiar: a successful hardware device, and a manufacturer that wants to keep users in a walled garden while fully controlling how the device can be used. Oculus started out very differently, but the writing has been on the wall for a while. Rooting and jailbreaking the Quest 2 seems inevitable, but what will happen then?

The Quest 2 now requires a Facebook account to operate. Existing Quest headset users can coast along with an Oculus account on their older hardware, but only for now.

Users must link their Facebook account, or create an account if they don’t have one. Having users sign up for access to online services is nothing new, but Facebook is a social network intent on tracking every activity and connection between people. It is not an integral part of delivering a VR experience to a user. But if a user doesn’t have an account, or refuses to create one, the device simply cannot be used, regardless of whether one wishes to partake of Facebook’s social features, and concomitant surveilance, or not.

Facebook is also adamant about users adhering to their “real names only” policy and is known to engage in demanding identity verification, which makes creating a throwaway account with a fake name perhaps less feasible of an option than it otherwise would be. There’s another wrinkle as well; users who violate Facebook’s terms risk losing access to their account, which also means losing access to all of their purchases, effectively rendering their expensive headset useless. Even if one leaves the social network voluntarily and closes their Facebook account, the company has made it clear that all of one’s purchases will disappear along with it.

It Wasn’t Always This Way

Facebook purchased Oculus back in 2014, meaning that when the original Quest headset released in May 2019 Oculus was already owned by Facebook. But it wasn’t until recently that their products showed overt signs of Facebook integration. In Blake Harris’ book The History of the Future, which chronicles Oculus’ beginnings with a successful crowdfunded headset design, and their eventual purchase by Facebook, it’s clear that Oculus had very different values. And there is definitely one feature that exists thanks to Oculus advocating for it: the ability to sideload apps not approved by Facebook.

Sideloading is achieved by flipping a software toggle in the headset, essentially enabling Developer Mode, to allow apps from “untrusted sources”. It is so popular with users that an alternate software library and helper application called SideQuest has emerged as the de facto source for apps and software that are neither approved nor controlled by Facebook. 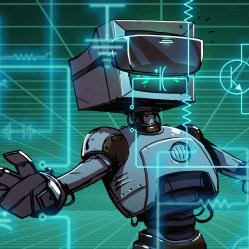 Even so, Facebook exerts a kind of soft control in the sense that one must be careful not to step on Facebook’s toes, because sideloading is only possible while Facebook permits it. That is because there’s one more ingredient needed to access developer mode: one must register a developer account. This used to be a trivial process, little more than filling in a couple fields in one’s account settings, but Facebook recently began to require verification of developer accounts.

Starting in October 2020, Facebook expects a valid phone number or credit card information at a minimum, and without developer credentials one cannot enable sideloading on their headset. Developer verification, by the way, is separate from the requirement of requiring a Facebook account for the headset itself. No authorized developer account, no access to sideloading.

The writing was on the wall when social features like virtually attending live events required a Facebook login, and with the release of the Quest 2, all of that kicked into high gear. Sideloading only exists while Facebook allows it, new restrictions have already begun rolling out, and a real-names-only Facebook account tied to your VR activity is needed to even use the headset itself.

Jailbreaking Looks Likely, But Then What?

Unsurprisingly, there are plenty of people less than delighted with the new terms dictated by Facebook. Robert Long, a WebXR developer at Mozilla, offered a $5,000 bounty for a working jailbreak to free the device from its reliance on Facebook, an offer former Oculus founder Palmer Luckey also pledged to match.

A solution hasn’t been released yet, but there are reports that a working jailbreak exists. If a means of rooting the headset and freeing it from Facebook gets released into the wild, we’ll doubtlessly see a sort of arms race play out between hackers intent on using their purchased device as they see fit, and Facebook working to prevent exactly that.

But what happens then? One possibility is foreshadowed by Facebook’s tolerance of sideloading: they may simply harvest the best ideas and features from independent developers, and take them as their own. Users will be less likely to bother with jailbreaking if doing so doesn’t deliver any compelling features. If history repeats itself and VR follows the same path as jailbreaking did with the Apple iPhone, then the benefits offered by jailbreaking will dwindle and ultimately disappear, leaving the process of crafting jailbreaks useful mainly for collecting bug bounties. But Facebook is not Apple, and the Quest is not an iPhone. Perhaps things will go in a different direction, but we’ll have to wait to find out.

57 thoughts on “As Facebook Tightens Their Grip On VR, Jailbreaking Looks More Likely”