With many of the achievements of the Space Race now more than half a century behind us, it’s no wonder that we’re steadily losing the men who rode the rockets of the Mercury, Gemini, and Apollo programs into space. They were all very much in their primes at the time, but no matter what you’ve accomplished in life, even if it includes a trip to the Moon, time eventually catches up to you.

Still, it was quite a shock to learn today that astronaut Michael Collins passed away today at the age of 90. Collins made his trip to the Moon aboard Apollo 11, the mission which would see his crewmates Neil Armstrong and Edwin “Buzz” Aldrin descend to the surface in the Lunar Module Eagle and take the historic first steps on its surface in July of 1969.

As Command Module pilot, Collins had the difficult job of staying in lunar orbit, keeping Columbia aloft and ready for their return. While Armstrong and Aldrin were bouncing around on the Moon, Collins was completely cut off from human contact for 48 minutes out of every two-hour orbit. Collins was not the first man to visit the far side of the Moon alone — John Young had that privilege as his crewmates Tom Stafford and Gene Cernan piloted their LM to within 16 kilometers of the lunar surface just two months before on Apollo 10. And while there’s no denying his aloneness, Collins always thought hanging the “Lonely Man” label on the Apollo CM pilots was silly. He felt energized by his time in isolation and the knowledge that he was, at times, farther away from everyone else than any human had ever been.

Collins also always maintained that, far from being the “Forgotten Man” who was robbed of his chance to leave bootprints on the surface, he felt very much a part of what was going on 60 miles below him. He knew that the mission required the efforts of three men, and that he had to hold up his end of the bargain. He was so devoted to the mission that he took it upon himself to write a book-length manual of LM rendezvous procedures, describing what to do in the event the landing didn’t go as planned. He even considered what to do if something caused Eagle to make it to only a low lunar orbit, planning out how he would pilot Columbia down to meet and rescue them. 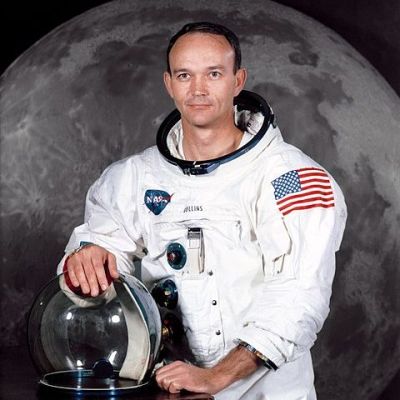 Happily, none of the contingencies that occupied so much of Collins’ thoughts in his time alone in Columbia came to pass, and the Apollo 11 mission completed successfully. The three astronauts would have their pick of assignments upon return, but Collins had made the decision before the mission to retire from NASA upon his return. Despite being offered a position that likely would have ended with getting his boots on the Moon as Apollo 17 commander, he felt that he had done his part in realizing President Kennedy’s vision and that his family had paid enough of a price already. He chose instead public service, first with the Department of State and later as Director of the National Air and Space Museum, which at the time of his appointment had not yet been built. He would oversee the construction of what would quickly become one of the most popular museums in the world, where millions of visitors a year file past his beloved Columbia.

All told, Michael Collins had an amazing ride through life, from West Point to test pilot to the Gemini program and eventually to the Moon and back. His footprints may not be on the Moon, but he certainly made his mark on history.

21 thoughts on “Alone, But Not Lonely: Remembering Astronaut Michael Collins”