The government of Argentina has a national ID card system, and as a result maintains a database containing data on every citizen in the country. What could possibly go wrong? Predictably, an attacker has managed to gain access to the database, and is offering the entire dataset for sale. The Argentinian government has claimed that this wasn’t a mass breach, and only a handful of credentials were accessed. This seems to be incorrect, as the seller was able to provide the details of an arbitrary citizen to the journalists investigating the story.

Microsoft has released their monthly round of patches for October, and there are a couple doozies. CVE-2021-40486 is an RCE in Microsoft Word, and this flaw can trigger via the preview pane. CVE-2021-38672 and CVE-2021-40461 are both RCE vulnerabilities in Hyper-V. And finally, CVE-2021-40449 is a privilege upgrade actively being used in the wild, more on that in a moment. Oh, and you thought the Print Nightmare was over? CVE-2021-36970 is yet another print spooler vulnerability. The unfortunate thing about the list of Microsoft vulnerabilities is that there is hardly any information available about them.

On the other hand, Apple just patched CVE-2021-30883, a 0-day that’s being actively exploited in iOS. With the release of the fix, [Saar Amar] has put together a very nice explanation of the bug with PoC. It’s a simple integer overflow when allocating a buffer, leading to an arbitrary memory write. This one is particularly nasty, because it’s not gated behind any permissions, and can be triggered from within app sandboxes. It’s being used in the wild already, so go update your iOS devices now.

Kaspersky brings us a report on a CVE-2021-40449 being used in the wild. It’s part of an attack they’re calling MysterySnail, and seems to originate from IronHusky out of China. The vulnerability is a use-after-free, and is triggered by making a the ResetDC API call that calls its own callback. This layer of recursive execution results in an object being freed before the outer execution has finished with it.

Since the object can now be re-allocated and controlled by the attacker code, the malformed object allows the attacker to run their code in kernel space, achieving privilege escalation. This campaign then does some data gathering and installs a Remote Access Trojan. Several Indicators of Compromise are listed as part of the write-up.

Off to the Races

Google’s Project Zero is back with a clever Linux Kernel hack, an escalation of privilege triggered by a race condition in the pseudoterminal device. Usually abbreviated PTY, this kernel device can be connected to userspace applications on both ends, making for some interesting interactions. Each end has a struct that reflects the status of the connection. The problem is that TIOCSPGRP, used to set the process group that should be associated with the terminal, doesn’t properly lock the terminal’s internal state.

As a result, calling this function on both sides at the same time is a race condition, where the reference count can be corrupted. Once the reference count is untrustworthy, the whole object can be freed, with a dangling pointer left in the kernel. From there, it’s a typical use-after-free bug. The post has some useful thoughts about hardening a system against this style of attack, and the bug was fixed December 2020.

[Mostafa Hassan] of the NCC Group is doing some particularly fascinating research, using machine learning to test pseudorandom number generators. In the first installment, he managed to break the very simple xorshift128 algorithm. Part two tackles the Mersenne Twister, which also falls to the neural network. Do note that neither of these are considered cryptographic number generators, so it isn’t too surprising that a ML model can determine their internal state. What will be most interesting is the post to come, when he tackles other algorithms thought to be secure. Watch for that one in a future article. 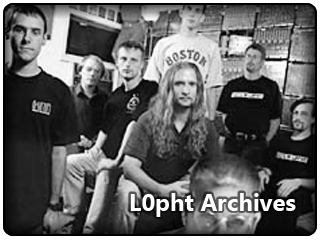 In a surprise to me, the L0phtcrack tool has been released as open source. L0phtcrack is the password cracking/auditing tool created by [Mudge] and company at L0pht Heavy Industries, about a billion years ago. Ownership passed to @stake, which was purchased by Symantec in 2004. Due to export regulations, Symantec stopped selling the program, and it was reacquired by the original L0pht team.

In April 2020, Terahash announced that they had purchased rights to the program, and began selling and supporting it as a part of their offerings. Terahash primarily builds GPU based cracking hardware, and has been hit exceptionally hard by the chip shortage. As a result of Terahash entering bankruptcy protection, the L0phtcrack ownership has reverted back to L0pht, and version 7.2.0 has been released as Open Source.

43 thoughts on “This Week In Security: Argentina, MysterySnail, And L0phtcrack”