With just a few days to go before the kickoff of the 2021 Hackaday Remoticon, we’re still working furiously behind the scenes to pack as much content as possible into the two day virtual event. In fact, there’s so much going on that we thought you’d appreciate getting a bit of a head start as far as planning your own personal course through the weekend goes. The event might be free, but that’s no reason not to squeeze as much out of it as you can.

Chat It Up on Discord 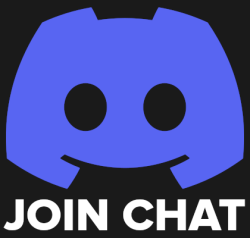 To begin with, you’re really going to want to join the official Hackaday Remoticon Discord server. We know some subset of the Hackaday readership would rather we used Matrix, or IRC, or maybe carefully modulated smoke signals; but at the end of the day, Discord has bubbled to the top as the defacto choice for this kind of thing. Give it a shot, you might actually like it.

The Discord server isn’t just a place for like-minded hackers to hang out and discuss the musical stylings of DJ Jackalope during the Saturday afterparty. It’s also how attendees can ask questions at the end of each presenter’s talk, as we’ll be turning off YouTube chat to keep things centralized. Even if you don’t plan on communicating with others (though you really should), the Discord server has an interactive schedule of events which will let you sign up to be notified when the talks you’ve selected are about to start, and we’ll be dropping important announcements and links in there as the event goes on.

Friday night ends with a Bring-a-Hack where attendees can show off whatever they’ve been working on using Gather. It’s a video chat platform inside a virtual 2D world that looks a bit like Legend of Zelda.

Using this virtual environment, you can easily drop into an ongoing video stream simply by walking up to the presenter. Once you’ve seen enough, just walk over to the next little cluster of users. The point is to recreate the experience of stopping by a crowded after party where everyone brought some hardware project along with them to get spark conversations. Space will be limited, with ticket holders and people in Discord getting the first dibs, so keep an eye on your inbox for information about how to join.

Of course this is not the only Friday evening activity. A few weeks ago we announced that Lewin Day will be hosting Hacker Trivia, giving our beloved commenters the chance to show off your unimpeachable knowledge of technology and Hackaday history. The Friday talk stream will dump immediately into trivia, but here’s the dedicated link if you want to set a reminder for yourself.

It’s difficult, perhaps even impossible, to truly recreate the experience of going to an in-person hacker con. But with interactive events and the latest and greatest communication software, we’re hoping the 2021 Remoticon can get pretty close. All the pieces are in place, the only thing we need now is to have a whole bunch of excited hackers to join in and have a good time. Think you can help us out?

14 thoughts on “Friday: Getting Social With Discord And Bring-a-Hack”

Leave a Reply to Ø Cancel reply