Join us on Wednesday, February 2 at noon Pacific for the Floppy Interfacing Hack Chat with Adafruit’s Limor “Ladyada” Fried and Phillip Torrone!

When a tiny fleck of plastic-covered silicon can provide enough capacity to store a fair percentage of humanity’s collected knowledge, it may seem like a waste of time to be fooling around with archaic storage technology like floppy disks. With several orders of magnitude less storage capacity than something like even the cheapest SD card or thumb drive, and access speeds that clock in somewhere between cold molasses and horse and buggy, floppy drives really don’t seem like they have any place on the modern hacker’s bench.

Or do they? Learning the ins and out of interfacing floppy drives with modern microcontrollers is at least an exercise in hardware hacking that can pay dividends in other projects. A floppy drive is, after all, a pretty complex little device, filled with electromechanical goodies that need to be controlled in a microcontroller environment. And teasing data from a stream of magnetic flux changes ends up needing some neat hacks that might just serve you well down the line.

So don’t dismiss the humble floppy drive as a source for hacking possibilities. The folks at Adafruit sure haven’t, as they’ve been working diligently to get native floppy disk support built right into CircuitPython. To walk us through how they got where they are now, Ladyada and PT will drop by the Hack Chat. Be sure to come with your burning questions on flux transitions, MFM decoding, interface timing issues, and other arcana of spinning rust drives.

Our Hack Chats are live community events in the Hackaday.io Hack Chat group messaging. This week we’ll be sitting down on Wednesday, February 2 at 12:00 PM Pacific time. If time zones have you tied up, we have a handy time zone converter. 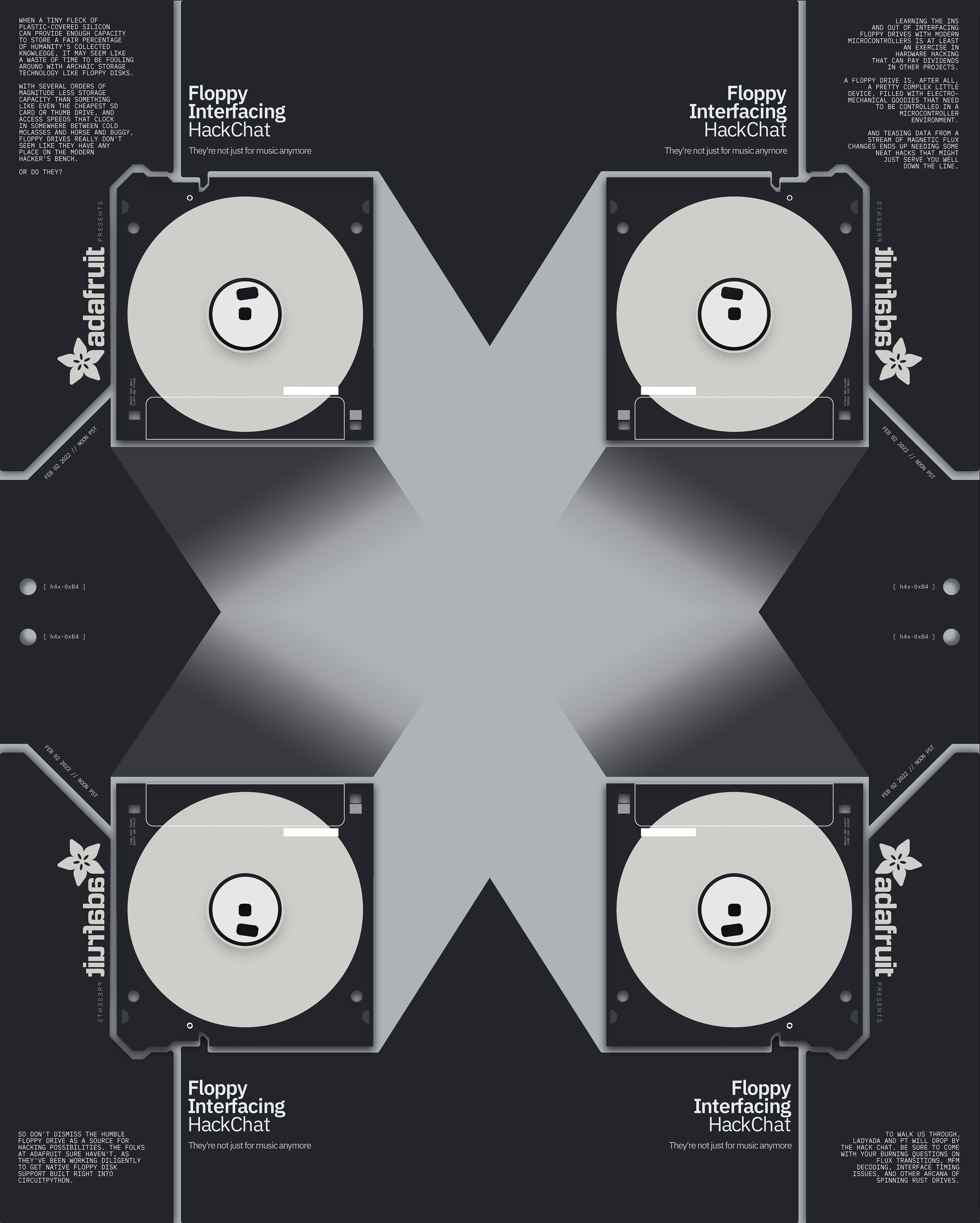