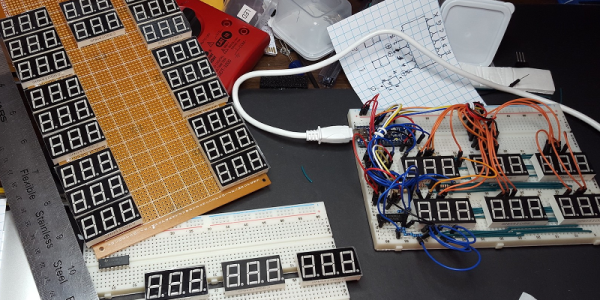 [Hari Waguna] wanted to build a computerized Sudoku game. Ordinarily, that wouldn’t be a big deal. You can buy one, of course, but what fun is that? There’s plenty of apps for phones, but again, not much of a challenge. If you want to preserve your hacker cred, you’d use a CPU board like an Arduino or a Raspberry Pi with an LCD screen, right? But if you want to grow your hacker cred, you’d follow [Hari’s] lead and use 81 seven-segment displays and a membrane keyboard.

Driving that many displays takes some doing (in this case shift registers). [Hari] uses some other tricks, like reading the keyboard using a single pin (and a resistor network). He’s made several videos about the project, including the one below.