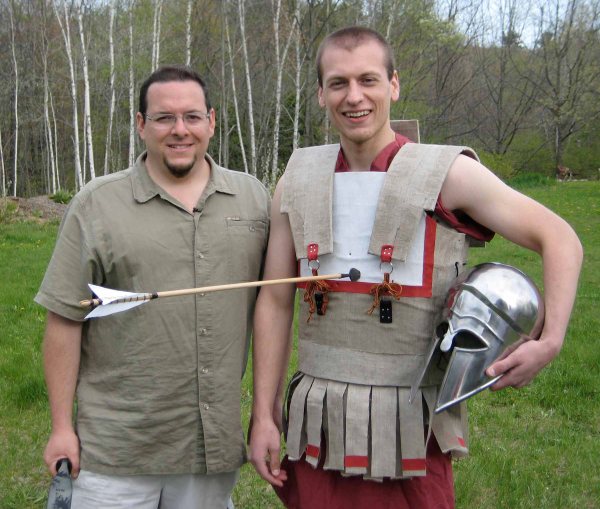 In 356-323 B.C. Alexander the Great of Macedon conquered almost the entire known world by military force. Surprisingly, not much is known about how he did it! An ancient and mysterious armor called Linothorax was apparently used by Alexander and his men which may have been one of the reasons for his ever so successful conquest. A group of students at the University of Wisconsin Green Bay (UWGB) have been investigating in detail and making their own version of it.

The problem is this type of armor decomposes naturally over time unlike more solid artifacts of stone and metal — meaning there is no physical proof or evidence of its existence. It has been described in around two dozen pieces of ancient literature and seen in over 700 visuals such as mosaics, sculptures and paintings — but there are no real examples of it. It is made (or thought to be) of many layers of linen glued together, much the same way that Kevlar body armor works.

The cool thing about this project is the students are designing their own Linothorax using authentic fabrics and glues that would have been available in that time period. The samples have been quite successful, surviving sharp arrows, swords, and even swinging axes at it. If this is the secret to Alexander the Great’s success… no wonder!

The group has lots of information on the topic and a few videos — stick around to learn more!