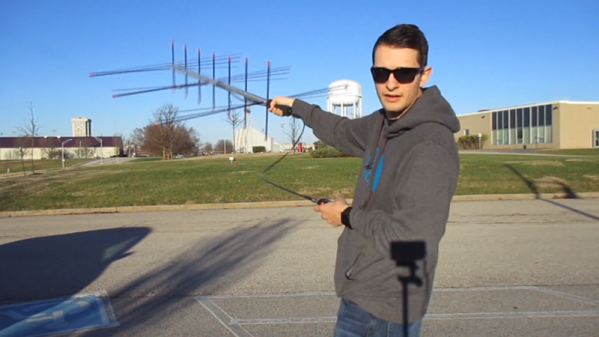 How hard is it to build a ground station to communicate with people via a satellite? Probably not as hard as you think. [Modern Ham] has a new video that shows just how easy it can be. It turns out that a cheap Chinese radio is all you need on the radio side. You do, however, benefit from having a bit of an antenna.

It isn’t unusual for people interested in technology to also be interested in space. So it isn’t surprising that many ham radio operators have tied space into the hobby. Some do radio astronomy, others bounce signals off the moon or meteors. Still others have launched satellites, though perhaps that’s not totally accurate since as far as we know all ham radio satellites have hitched rides on commercial rockets rather than being launched by hams themselves. Still, designing and operating a ham radio station in space is no small feat, but it has been done many times with each generation of satellite becoming more and more sophisticated.