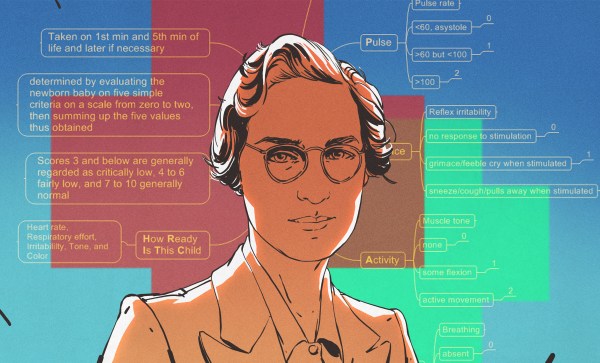 Between the 1930s and the 1950s, something sort of strange happened in the United States. The infant mortality rate went into decline, but the number of babies that died within 24 hours of birth didn’t budge at all. It sounds terrible, but back then, many babies who weren’t breathing well or showed other signs of a failure to thrive were usually left to die and recorded as stillborn.

As an obstetrical anesthesiologist, physician, and medical researcher, Virginia Apgar was in a great position to observe fresh newborns and study the care given to them by doctors. She is best known for inventing the Apgar Score, which is is used to quickly rate the viability of newborn babies outside the uterus. Using the Apgar Score, a newborn is evaluated based on heart rate, reflex irritability, muscle tone, respiratory effort, and skin color and given a score between zero and two for each category. Depending on the score, the baby would be rated every five minutes to assess improvement. Virginia’s method is still used today, and has saved many babies from being declared stillborn.

Virginia wanted to be a doctor from a young age, specifically a surgeon. Despite having graduated fourth in her class from Columbia University College of Physicians and Surgeons, Virginia was discouraged from becoming a surgeon by a chairman of surgery and encouraged to go to school a little bit longer and study anesthesiology instead. As unfortunate as that may be, she probably would have never have created the Apgar Score with a surgeon’s schedule. END_OF_DOCUMENT_TOKEN_TO_BE_REPLACED 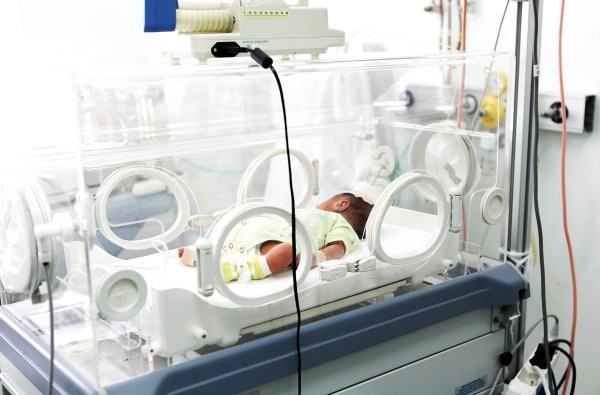 Newborn humans are both amazingly resilient and frighteningly fragile creatures. A child born with a 40 full weeks of gestation has pretty good odds of surviving the neonatal period these days, and even if he or she comes along a few weeks early, things usually go smoothly. But those babies that can’t wait to get out and meet the world can run into trouble, and the earlier they’re born, the greater the intervention needed to save them.

We’ve all seen pictures of remarkably tiny babies in incubators, seemingly dwarfed by the gloved hands of an anxious parent who just wants that first magical touch of their baby’s skin. As common as such an intervention is now and as technologically advanced as neonatology is, care for premature infants as a medical discipline has a long and interesting history of technical and social hacks that’s worth looking at.