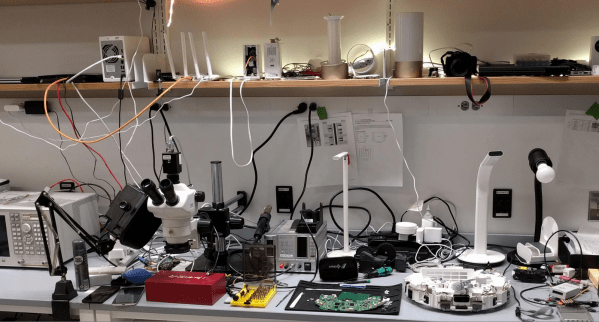 IoT devices rarely ever just do what they’re advertised. They’ll almost always take up more space than they need to – on top of that, their processor and memory alone should be enough to run a multitude of other tasks while not necessarily compromising the task they were built to do.

That’s partially the motivation for rooting any device, but for Xiaomi devices, it’s a bit more fun – that is to say, it’s a little bit harder when you’re reverse engineering its firmware from scratch.

Similar to his other DEF CON 26 talk on modifying ARM Cortex-M firmware, [Dennis Giese] returns with a walkthrough of how to reverse-engineer Xiaomi IoT devices. He starts off talking about the Xiaomi ecosystem and the drawbacks of reusing firmware across all the different devices connected to the same cloud network before jumping into the walkthrough for accessing the devices.

END_OF_DOCUMENT_TOKEN_TO_BE_REPLACED 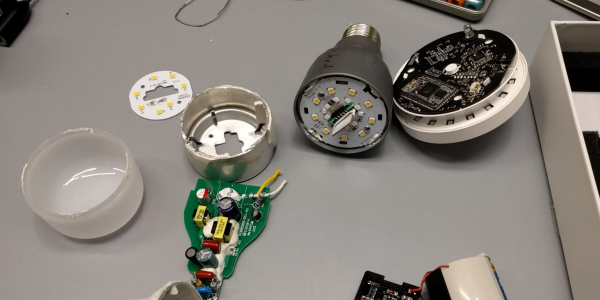 This hack was revealed a while ago at DEFCON26, but it’s still a fascinating look into vulnerabilities that affect some of the most widely used IoT devices.

[Dennis Giese] figured out a way to modify ARM Cortex-M based firmware for use in customizing the functionality of devices or removing access to the vendor. Obviously, there are more malicious activities that can be done with this type of hack, as with any exploits of firmware, but they are (also) obviously not condoned.

The firmware can then be parsed, which first requires the format to be converted from a proprietary format to and ELF file. This conversion makes it easier to load into IDA pro, and gives information on the segments of the firmware and its entry point. Python tools luckily exist for converting binary files to ELF, which simplifies the task.

After loading the ELF file into the disassembler, you’ll want to find the key memory area, denoted by “TAG_MAC”, “TAG_DID”, and “TAG_KEY” in the example firmware (for storing the MAC address, device ID, and key). In order to prepare the firmware for Nexmon – a software that supported C-based firmware binary patching for ARM Cortex-A and ARM Cortex-M binaries – you’ll need to partition some space in the memory for patches and know the function names and signatures for the firmware.

The latter is done by doing a difference comparison in the disassembler between an unknown executable and the example executable.

With the necessary information gathered, you can now use Nexmon to make your modifications. The fact that this can be done for smart devices at home means that smart devices you acquire – especially those partitioned by others – may contain malicious code, so take care when handling used devices.