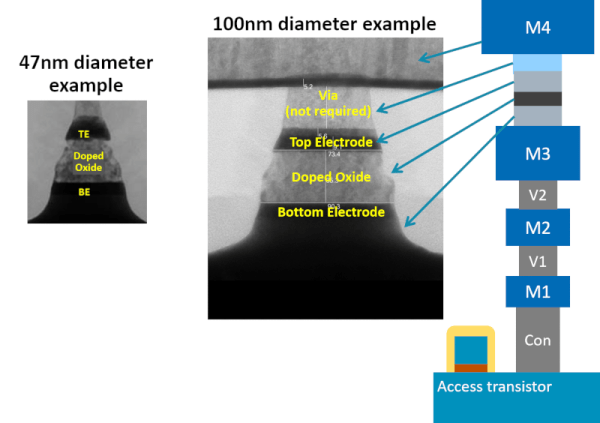 We often see press releases and announcements about the next big technology in batteries, memory, displays, capacitors, or any of a number of other things. Usually we are suspicious since we typically don’t see any of this new technology in the marketplace over any reasonable timescale. So when we read about correlated-electron memory Cerfe Labs, we had to wonder if it would be more of the same. IOur suspicions may be justified of course, but it is telling that the company is a spin-off from ARM, so that gives them some real-world credibility.

Correlated-electron RAM or CeRAM is the usual press release material. Nonvolatile, smaller than SRAM, and fast. It sounds as though it could replace the SRAM in PC caches, for example, and take up less die space on the CPU chip. The principle is a bit odd. When electrons are forced together in certain materials, the properties of the material can change. This Mott transition (named after the inventor [Neville Mott]) can take carbon-doped nickel oxide and switch it from its natural electrical insulating state to a conducting state and back again.