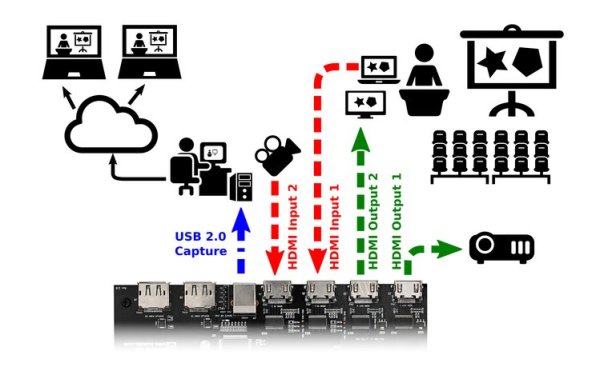 Imagine that you’re running a conference and you want to do a professional job recording the speakers and their decks. You’ll need to record one video stream from the presenter’s laptop, and it’d be nice to have another of the presenter taken with a camera. But you also need to have the presenter’s screen displayed on a projector or two for the live audience. And maybe you’d like all of this dumped down to your computer so that you can simultaneously archive the presentation and stream it out over the Internet. 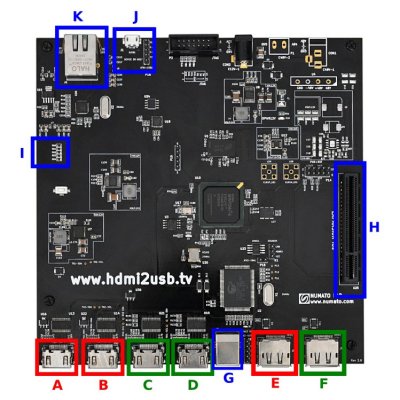 That’s exactly the problem that the hdmi2usb project tries to solve on the software side for open-source software conventions. And to go with this software, [Tim Ansell] has built the Numato Opsis FPGA video board, to tie everything together. What’s great about the platform is that the hardware and the firmware are all open source too.

Because everything’s open and it’s got an FPGA on board doing the video processing, you’re basically free to do whatever you’d like with the content in transit, so it could serve as an FPGA video experimenter board. It also looks like they’re going to port code over so that the Opsis could replace the discontinued, but still open source, Milkimist One video effects platform.

One thing that’s really cute about the design is that it reports over USB as being a camera, so you can record the resulting video on any kind of computer without installing extra drivers. All in all, it’s an FPGA-video extravaganza with a bunch of open-source software support behind it. Very impressive, [Tim]!