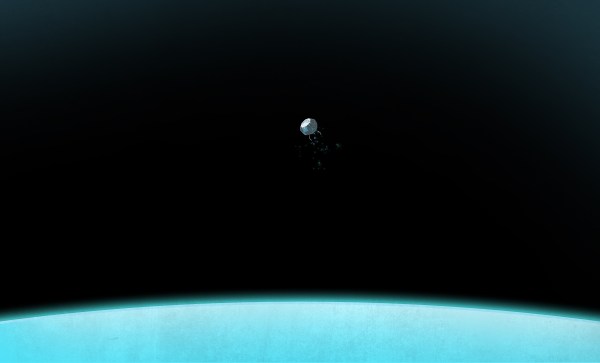 In the annals of technical achievement originating from the United Kingdom there lies a forgotten success story that should have led to greater things but instead became a dead-end even before it had happened. We’re referring of course to Prospero, a British satellite that holds the honour of being the only one to have been launched on board a British-developed satellite launch platform. On the 28th of October 1971 it was launched aboard a Black Arrow rocket from the Woomera launch site in Australia and successfully entered orbit to complete its mission. When it was launched the Black Arrow program had already been canceled by the British government, with the launch proceeding only because rocket and satellite were by then already on the pad.

So the Brits became the sixth nation to develop a satellite launch capability, and promptly canned it. Prospero was a success though and remains in orbit, and was even re-activated periodically as late as the 1990s. With its fiftieth anniversary approaching in October we think it’s worth looking for to mark the occasion, and so would like to remind you of its existence and the impending anniversary. If any community can find a lost satellite, hear its call if it is still transmitting anything, and maybe even wake it up, it’s you lot. Hackaday readers never cease to amaze us with their talents, and we know that among you will be people with what it takes to find Prospero.

To help you along your way there’s a lot of information about the satellite to be found online, including the details of an unsuccessful attempt to contact it a decade ago for the anniversary in 2011, and a real-time tracker to help you find its position. Maybe some of you have a decent enough telescope to take a snap of it as it passes over, but if a radio signal could be retrieved from it that would be particularly impressive. Watch out though, you might find yourself hearing an Orbcomm satellite on the same frequency.

So if any of you fancy firing up your SDRs and pointing an antenna skywards over the next few months, we’d like to hear about your progress. It’s possible that the craft may by now be incapable of life, but if anything can be found it’s worth a try.

This isn’t the first satellite rescue attempt documented here on Hackaday. A few years back we put out the call to rescue ICE/ISEE-3.

Did you know Britain launched its first satellite after the program had already been given the axe? Me neither, until some stories of my dad’s involvement in aerospace efforts came out and I dug a little deeper into the story.

I grew up on a small farm with a workshop next to the house, that housed my dad’s blacksmith business. In front of the workshop was a yard with a greenhouse beyond it, along one edge of which there lay a long gas cylinder about a foot (300mm) in diameter. To us kids it looked like a torpedo, and I remember my dad describing the scene when a similar cylinder fell off the side of a truck and fractured its valve, setting off at speed under the force of ejected liquid across a former WW2 airfield as its pressurised contents escaped.

Everybody’s parents have a past from before their children arrived, and after leaving the RAF my dad had spent a considerable part of the 1950s as a technician, a very small cog in the huge state-financed machine working on the UK’s rocket programme for nuclear and space launches. There were other tales, of long overnight drives to the test range in the north of England, and of narrowly averted industrial accidents that seem horrific from our health-and-safety obsessed viewpoint. Sometimes they came out of the blue, such as the one about a lake of  highly dangerous liquid oxidiser-fuel mix ejected from an engine that failed to ignite and which was quietly left to evaporate, which he told me about after dealing with a cylinder spewing liquid propane when somebody reversed a tractor into a grain dryer.

Bringing Home A Piece Of History

My dad’s tales from his youth came to mind recently with the news that a privately-owned Scottish space launch company is bringing back to the UK the remains of the rocket that made the first British satellite launch from where they had lain in Australia since crashing to earth in 1971. What makes this news special is that not only was it the first successful such launch, it was also the only one. Because here in good old Blighty we hold the dubious honour of being the only country in the world to have developed a space launch capability of our own before promptly abandoning it. Behind that launch lies a fascinating succession of forgotten projects that deserve a run-through of their own, they provide a window into both the technological and geopolitical history of that period of the Cold War.