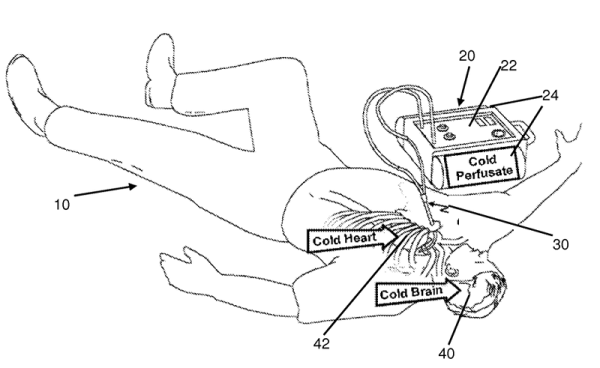 Suspended animation is a staple of science fiction. Need to take a 200 year trip to another star system? Go to sleep in some sort of high-tech coccoon and wake up at your destination. We saw it in Star Trek, 2001, and many other places. Doctors at the University of Maryland have reprtedly put at least one patient in suspended animation, and it isn’t to send them to outer space. The paper (behind a paywall, of course) is available if you have the medical background to wade through it. There’s also a patent that describes the procedure.

Trauma surgeons are frustrated because they often see patients who have been in an accident or have been shot or stabbed that they could save if they only had the time. A patient arriving at an ER with over half their blood lost and their heart stopped have a less than 5% chance of leaving the ER without a toe tag. By placing the patient in suspended animation, doctors can gain up to two hours to work on injuries that previously had to be repaired in mere minutes.