One of the great things about an event like the Kansas City Maker Faire is that there are so many reasons that makers sign up to show their things. Some makers come to teach a skill, and others to sell their handmade creations. Those with an entrepreneurial streak looking to launch a product might rent a booth to get a lot of eyes on their idea. That’s just what [Ted Brull] of Creation Hardware was after this weekend–exposure for Kevo, his small-scale vacuum former. 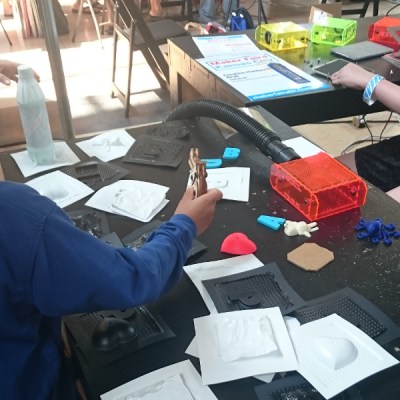 Kevo is a simple and affordable solution for makers of all stripes. It can be used to make molds, blister packaging for items, or even electronics enclosures. [Ted]’s Kickstarter campaign for Kevo has already been successfully funded, but there’s still plenty of time to get a Kevo kit for yourself. The basic reward includes the vacuum-forming chamber and two sizes of adapters that cover most vacuums. It also ships with an aluminium frame to hold polystyrene sheets during the heating and molding processes, and starter pack of pre-cut pieces in black, white, and clear plastic.

Creation Hardware had many vacuum-formed molds on display and were constantly making more from 3D-printed objects, toys, and other things. Our favorite mold was a 20oz bottle of Mountain Dew, which shows how far the small sheets of plastic can stretch. 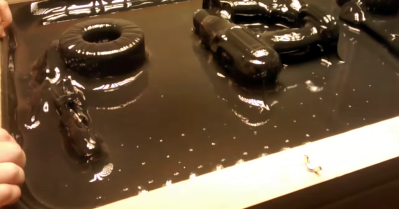