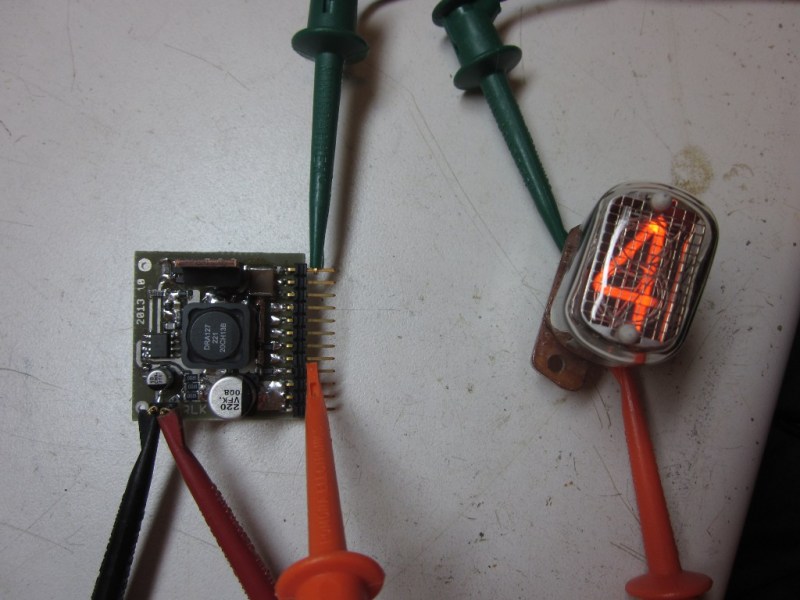 Having decided on the nixie tube, driver, and case, he now needed a reliable power supply. Threeneuron’s design fit the bill nicely, however it ended up being a bit noisy under load, but [Reboots] notes that the TubeClock kit used a free-running transistor oscillator, which was in fact even louder under load!

From there it was a matter of testing the tubes, prototyping some PCBs, and programming the ATmega48. Simple, right? Nixie’s are never that simple. But lucky for us, [Reboots] has an amazing build write up on his site, so if you’re interested in learning more, take a look!

Oh, and if you’re looking for a really unique nixie clock — why not build one without a PCB entirely? Just don’t touch the high voltage lines…