He’s achieved this using an ATTiny85 which uses two timers clocked at 64MHz and 32KHz to output the analog musical goodness. He’s also packed a micro USB charger in the case with a thin Li-Po battery, an SD card adapter soldered in place to allow for swapping of music files on the microSD, and the speaker plus amplifiers. When closed you can’t even tell there is something different about the case. 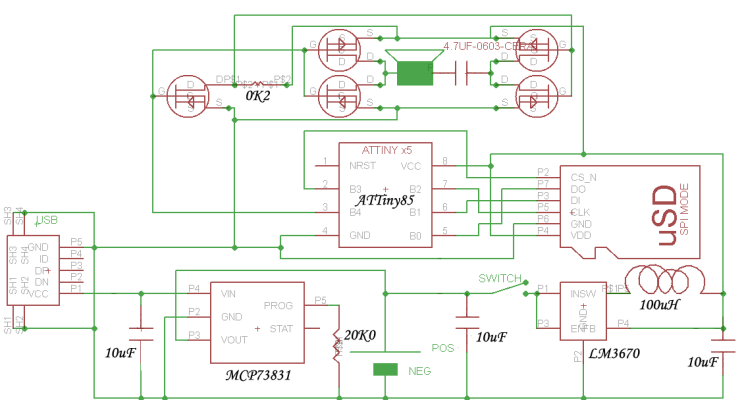 Pretty cool project. And he’s even thrown up the code (available on his site) if you’re interested in trying your own!

For an even more minimalist circuit, how about a single chip greeting card that might actually be cheaper than Hallmark’s offering? Or why not throw in some nice visual effects with a edge-lit musical greeting card?