It seems you can’t mention the Raspberry Pi these days without someone bringing up the Odroid. Named after the combination of Open and Android, the current Odroid brand covers several boards – the U3, the UX3 with its 2 Ghz Samsung quad-core processor, and the C1, which is directly aimed at our favorite fruit pie computer. With all this popularity, one would expect a few awesome projects based around the Odroid machines, and you’d be right! This week’s Hacklet is all about projects using the Odroid on Hackaday.io! 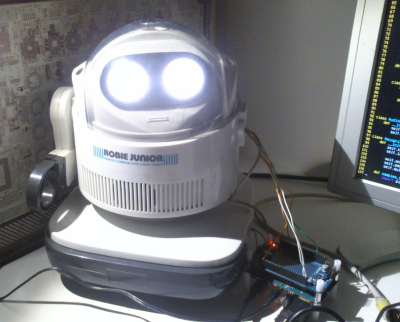 We start with [herrkami] and CRONUS. Cronus started life as a Robbie Junior, Radio Shack’s re-branded version of Takara Tomy’s Omnibot Jr.  [herrkami] has upgraded Cronus’ brain with an Odroid U3. Cronus can now reliably respond to voice commands thanks to a little help from Google’s speech recognition engine and the accompanying Python API. Cronus is rather conversational as well, all due to the AIML framework. [herrkami] hopes to cut the cord (or WiFi link) once he gets CMU sphinx up and running. Some of [herrkami’s] best work is in his cardboard templates to create a mechanism for turning Cronus’ head. These are some pretty sweet updates for a 1986 vintage robot! 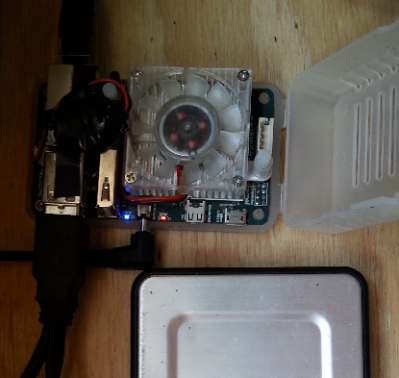 Next up is [tlankford01] with Linux Tutorial: Odroid U3 Server w/ Seafile Cloud. [tlankford01] walks us through setting up a file server using the Odroid, a 16 Gigabyte EMMC card, and a hard drive to hold the files. As one might expect, this tutorial covers a LAMP (Linux, Apache, MySQL, PHP) server stack. The 9 project logs take us from a bare microSD card to a full server. The Odroid’s 2 Gigabytes of ram are put to good use running the open source Seafile cloud server package. Tutorials like this deserve lots of love from the Hackaday.io community. Sometimes you just need to get a solid file server up and running. When that happens, this type of project is often just what the doctor ordered! So don’t be a lurker, head over to [tlankford01]’s page and give him a skull! 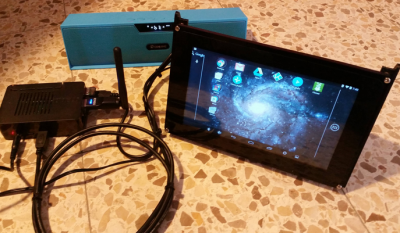 [Victor] gets us one step closer to an Odroid tablet with the HDMI touchscreen. HDMI touchscreen is a project to connect a 7″ 1024 x 600 LCD with a capacitive touchscreen to HDMI based computers. The heart of the project is Texas Instrument’s TFP401 panelbus DVI receiver chip. This chip makes interfacing LCD screens to HDMI or DVI video cards (almost) painless. There still is a bit of X configuration to do to get things running. [Victor] even got his Odroid running in Android with his custom screen setup. Those of us who have spent time in display an input configuration file limbo know that this is no small feat! 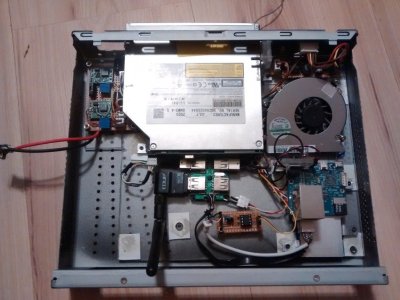 Finally we have [darth_llamah] with Odroid-U3 HTPC. [Darth] raided his junkbox and parts drawers to build a solid home theater PC using the Odroid-U2. The U2 is a bit older than the current U3 models, but all [Darth’s] work should apply to any of the Odroid series. An old Itona case provided the frame for this hack, but it took a lot of custom work with plastic and epoxy to make everything fit. [Darth’s] software stack is the popular OpenELEC Linux build. [Darth] even setup a real “soft” power button using an ATtiny85 connected to USB and s Adafruit’s TrinketHidCombo library.