The first-ever Berlin Maker Faire was last weekend, and Hackaday was there. Berlin’s a city with an incredible creative vibe, so it’s no surprise that there was good stuff on display. What was surprising, though, was how far many of the presenters traveled to be there. I wandered around with a camera and a notebook, and here’s what we saw.

Just outside the entrance to the venue, the old postal rail station, I was greeted by a shipping container that transformed into a fire-spitting pneumatic monster. “Kevin” is the creation of [Mike Wessling] who shipped it down from the Netherlands for the event. In true hacker style, [Mike] took on the project saying he could make such a thing for a party that was only a couple weeks away. Then had to figure out how the heck he was going to actually do it. He spent sleepless nights inside the container building out the mechanism, and then cut the box open, and it worked! Now he tours around festivals with “Kevin”, because you can’t just leave something like that sitting around rusting in your back yard. 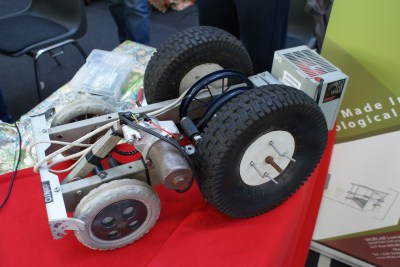 Agro-Drone is a simple robot made entirely of scrap by the folks at Woelab, a makerspace in Togo. It’s not meant to do much, just roll around and disperse seeds, but that’s fantastic if you’d otherwise have to be out in the sun doing it yourself. Woelab’s projects focus on low-high-tech: adding just enough tech into people’s lives to solve their problems, but all being doable with material at hand. (The power-supply box has been scrapped, and just houses the batteries.) They also had a scrap-built 3D printer on display, but in a Maker Faire full of high-tech 3D printers, a simple and effective idea like a seed-planting robot is actually the stand-out. 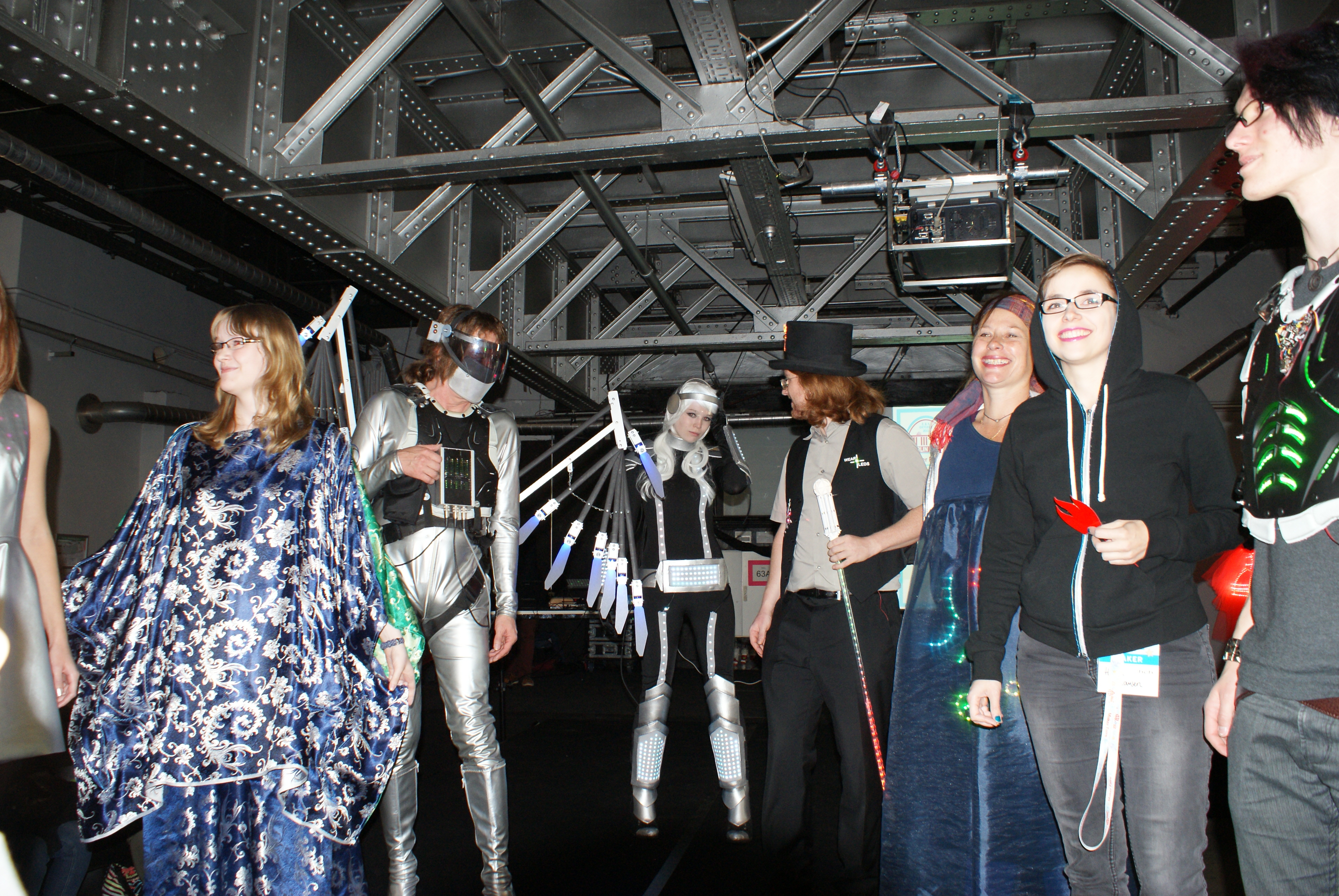 There was of course a fashion show, and it was “blinkilicious”. The hands-down winner of Most LEDs on Display is the TRON-inspired suit in the center, but the chest-plate on the far right gave it a good run for the money. The glowing feathers on the wing suit also looked very good in real life. The geekiest award goes to Kati Hyyppä’s wearable breadboards (not in the picture) which are, well, wearable breadboards.

A number of Berlin high-schoolers had a table with their RoboCup Junior soccer robots. These things are real robots, plotting their own trajectories and chasing an illuminated ball entirely autonomously around a small soccer field. Almost all of the designs had omni-wheels and Bluetooth connectivity to their owner’s laptops. Other than that, although many of the robots looked similar, they were all built from the ground up. Having never seen these in real life, it was quite impressive watching it home in on the ball and try to nudge it into the goal. 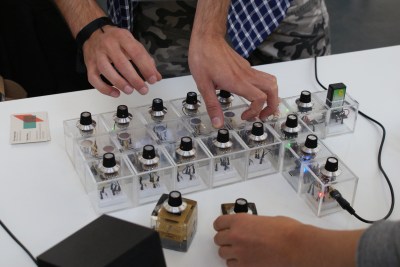 Hypercubes are a whole system of modular noise-making synth blocks and were the best-sounding project in the Faire. Since this is right up my alley, I talked to [Mateo Mena] at length about the really slick design, and eventually asked him if he’d ever read my Logic Noise column. His eyes lit up and he showed off a couple circuits that he’d learned about from Hackaday. Hopefully after [Mateo] is done with his European Maker Faire tour, he will have some time to document the cubes for the rest of us!

There were many more interesting projects on display than we could write up individually, so here’s a potpourri of notables, from left to right, top to bottom. 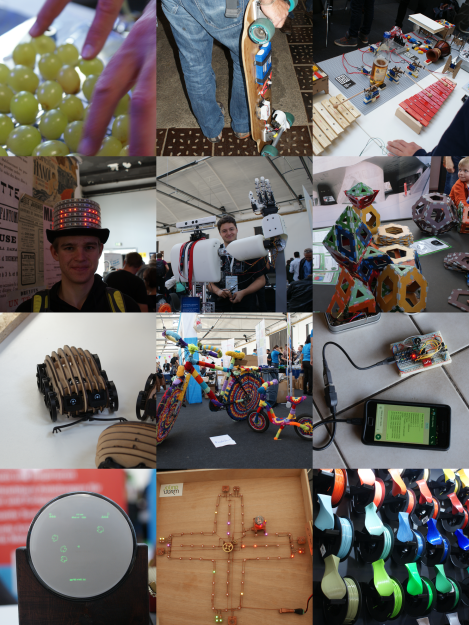 And that about wraps it up. I saw a lot more than we have space to write about, so if you were there and anything struck you as particularly interesting, post up in the comments.