Blockchain as Proof of Ownership 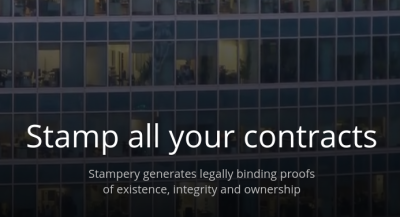 The idea of secure, immutable transactions recorded for all time has obvious applications for contracts and any other legally binding agreement. Already, a few companies are on the case: Stampery is basically a blockchain-based notary public, capable of verifying ownership of files, certifying that emails have not been tampered with, and can do so without an in-house database. It’s directly tied to the Bitcoin blockchain.

Every bitcoin transaction means a little money changed hands, and in the case of Bitcoin, this makes for a perfect substitute for money transfer services like Western Union. With incredible volatility, Bitcoin is not for everyone, so what if real money could be transferred via the Bitcoin blockchain. That’s the idea of Uphold, and while this basic idea doesn’t have the security of a pure Bitcoin transaction, it is somewhat interesting. 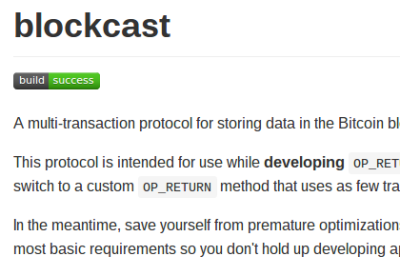 While the previous examples are application-specific and mostly tied to certain companies and industries. There is another project, something that started out as ‘Twitter on the blockchain”. Blockcast is an open source effort for simply storing data on the Bitcoin blockchain. In storing data on the blockchain, the data are embedded on up to 16 Bitcoin transactions. It doesn’t allow for storing large amounts of data. The total compressed size of a document is no larger than 1277 bytes, or about the length of this post.

By any measure Blockcast is useful in a way similar to Twitter; just something that allows anyone to broadcast information to anyone else. Unlike Twitter, it’s doing so in a cryptographically signed, verifiable format that can never be deleted.

Run Apps On Top of Blockchain 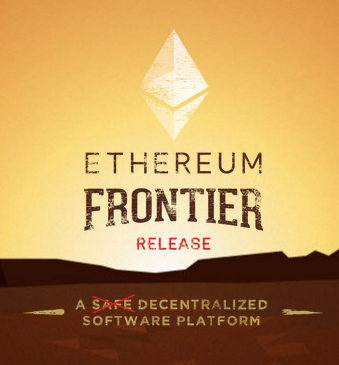 All of these ideas are just platforms built on top of the blockchain, and each of these platforms require a slight re-invention of the wheel. That’s where Ethereum comes in; it’s a decentralized platform to build applications that run on the blockchain. Any developer can create an application like distributed crowdfunding, a democratic organization, or literally anything else you can do on the Internet.

The distributed and perpetual nature of the blockchain is perhaps the purest example of the cyberpunk philosophies that have wound through the Internet over the years. In the blockchain, you can have a completely leaderless organization that can be vetted by anyone on the Internet. It is the most democratic and perhaps anti-corporate application computers have ever been trained on, and the uses for the blockchain will only grow from here.

34 thoughts on “Applications For The Bitcoin Blockchain”