We read this article on oddball open-source operating systems by [Bryan Lunduke] of the “Linux Action Show” podcast, and it caused us to play around in an Amiga-like operating system (running as a VM) for an hour. We’re pretty sure that you’ll succumb to the same fate. But even worse, the article is just the first in a series. There goes your weekend hacking productivity for the foreseeable future. 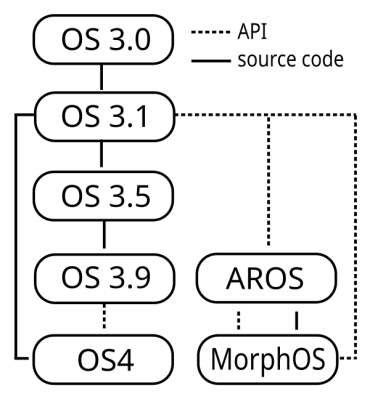 AROS is an open-source, API-compatible rewrite of the Amiga OS. Now, AROS is no fancy-schmancy AmigaOS4. No sir, the AROS project started in 1995 and settled on Amiga OS API version 3.1, and it stays true to its roots.

But this doesn’t mean that you’re going to have to give up the creature comforts of life in the 21st century. Get yourself a full-fledged AROS distribution, like icaros desktop, and you’ll find a pretty beefy ecosystem of applications included. It’s mostly what you’d want out of an Amiga — games, audio, video, and graphics editing software, a WebKit-based browser, and even a super-minimal word processor.